Good day at K yesterday. Parking lots were pretty full when I slogged in at 9:45.
Rumor was top to bottom by noon. When I got up top people were still using the walkway. That was about 10:30. When I got to Rime there was a pack of skiers waiting for Great Northern to open. Before I could get to my phone for a pic it opened and people just took off. So I lapped North Ridge and although it was a bit scratchy there was plenty of snow on the edges and I had fun until about 1. Lot's of skiers on GN the whole time 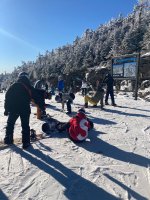 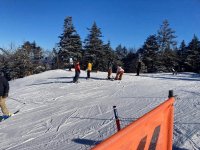 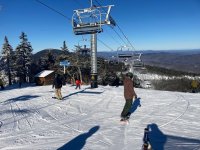 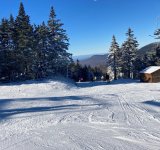 At 1 a swarm of skiers descended onto Rime and Reason and it got a little scary. A few unguided missles and plenty of near misses. So I decided to head down GN. The snow was good and it was now a little empty compared to North Ridge. The section of Bunny Buster from the midstation unload of the Snowdon triple down was excellent. Nice small bumps and berms, plenty of soft snow, and active snowmaking. 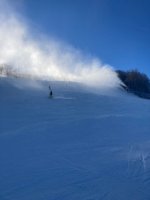 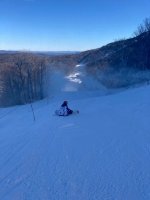 I usually avoid the K1 Gondola but I would up lapping that until I was done at 3. Each lap I wound up looking like a glazed donut but that was fun. Good day glad I went.
Last edited: Nov 25, 2021
You must log in or register to reply here.