Anyone ever ski ischgl at?

Wondering if anyone has skied Ischgl. Have heard a lot of different opinions and was wondering if skied by a forum member who can give me an honest assessment.

Never heard of it. :blink:

I see that Nickelback is playing there though, so if you time it right, you can get in on that.... : http://www.ischgl.com/en

And the layout looks oddly similar to Killington: 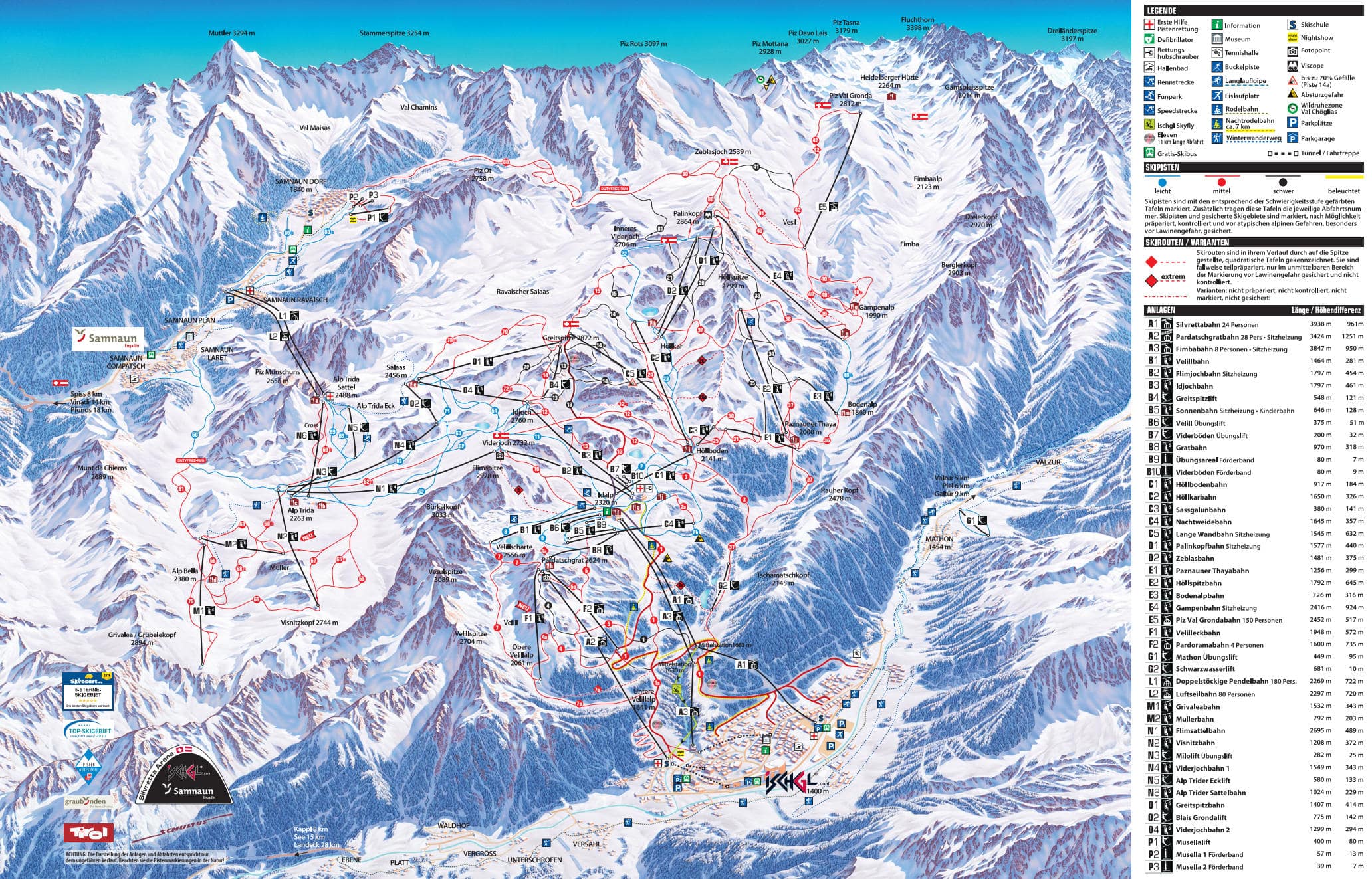 Already booked. Leaving 1/15. Actually quite easy I go over quite a bit. Direct 7 hour flight boston to Zurich. Just not sure how good the terrain is and I know St. Anton is awesome. I hear conflicting g things about the quality of the terrain. However most of the comments are from Brits and most of them stay on piste are are not great skiers. Basically their idea of tough quality terrain is dubious.

It's on the Austria/Swiss border, right? The skiing is awesome out there. There are also so many areas out there...many we don't hear of that are great. I couldn't believe all the options on my visit in 2002.

anywhere in the alps, get a guide. totally worth it imo. have fun and post pix.

Skied there in the early 80's.... All I can tell you is it was huge..
And I'm pretty sure I skied down into to Switzerland..

Ischgl is awesome! As stated get a guide if you want to ski off piste (and you do!). Well worth the $. Great party scene there too

Yes, right on the Border. 1/2 in AT the other in CH. Its supposed to have great Intermediate cruising, but afraid after 3-4 days I am going to get bored unless the off-piste/side-piste is quality. I agree, the amount of quality skiing in the tyrol is absolutely mindboggling. What struck me the most was the sheer number of areas that I had never even heard of. Almost all of which would be bigger and better than anything in NE. It was absolutely staggering. There are chairlifts all over the place. Crossing roads, crossing towns, crossing each other. Last time I went I as there during the World Championships. Every bar had skiing on every night. It was like our Monday night football. Skiing is culturally king in that region. The Tyrol is like Disneyworld for skiers.

Here's a nice write up by JamesDeluxe on Harvey Road. http://nyskiblog.com/magazine/#nabble-td4023640 sounds like fun, the pictures look amazing.

That's what I was looking for. Confirmed what I expected; basically if the snow is good I am going to be loving it. If the snow is iffy, I may have to spend a day at St. Anton. If it is dumping, I need to ski down lower at a resort below treeline. Luckily, there are dozens of everything in the Tyrol. I will be sure to post pics.

I've been in Tyrol and in Italy but not at that location. I skied the Sellaronda in Italy (dolomites) and Kitzbuhel in Austria. Both are amazing locations and I'm sure Ischgal will be also.

NEW ISCHGL LIFT PLANNED FOR THREE DECADES OPENS UP FRESH FREERIDE TERRAIN
Ischgl, probably the most famous party resort in the Austrian Tirol, has a new $25 million cable car this ski season. The Piz Val Gronda (PVG) lift is the first expansion to the ski resort of Ischgl since 1989 and has been in the planning for 28 years.”
You must log in or register to reply here.

Anyone ever skied North Carolina?