Conditions: groomed edgeable corn to choppy heavy corn
Arrived late morning under blue bird skies, temps in the 40s, to enjoy an afternoon of spring skiing. I had applied some F4 to the bases, anticipating the snow to be heavy from last night's rain and mild relatively mild temps. It turned out to be that way in the sunny tracked areas, while the shady side stayed a bit firmer. Between the corn and the pitch of many trails it was easy to pick up speed quickly. The bumps on trails like Challenge, Razor's Edge and Main Street were extremely soft with ice in between. The base is deep but the glade areas are starting to lose snow. Lots of features for snow boarders.
Blue has made some nice improvements to both lodges, especially the upper one, with some nice stone and wood work inside and out. Some locals on the chair mentioned that Blue has plans to become more of a year round resort, with a planned water park and hotel which will complement the existing summer mountain biking. Blue will try to stay open until the end of March, then one or two weekends in April, which they may pull off given the forecast for next week. 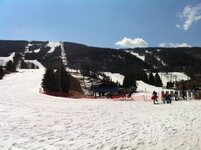 Note the subway-style turnstiles to get on the 6 pack. 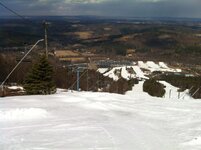 Looking down Challenge, bumps on left 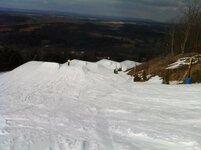 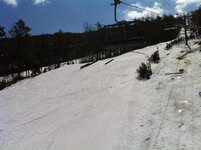 ...and further down, some rails 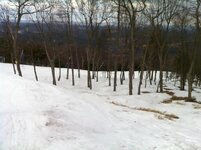 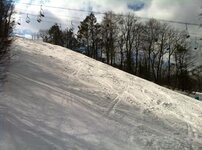 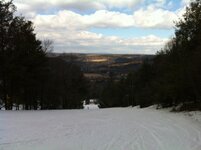 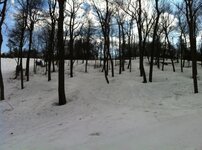 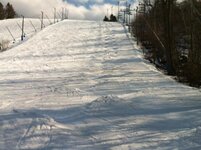 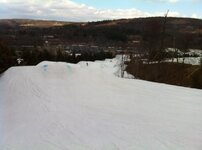 Sorry about the problem with uploading pics to post 2 ^
Fixed it.

Talk about being able to rip a line down Challenger. Nice little bumps.

Tin said:
Talk about being able to rip a line down Challenger. Nice little bumps.
Click to expand...

Except for the glades all the bumps appeared to be seeded- symmetrical spacing, very rhythmic to ski. Challenge's went from the top all the way down to Crossover. Nice workout.
:beer:

I wanted to head there this winter. Blue and Elk are the best in PA.
You must log in or register to reply here.