I only happened to look in this forum now and saw WWF's report from 2015 on Camels Hump. I finally did the hike a few weeks ago and followed the same path WWF did, except in reverse. From Duxbury I hiked up to Camels Hump via Monroe to Dean to the Long Trail and then came back down via Monroe. The Long Trail from the intersection with the Dean trail up to the intersection with the Alpine trail was definitely challenging (my short legs did me no favors on this section and added to the challenge climbing some of the boulders). When you read a lot of reports, people often say the last .2 miles from the Alpine trail to the summit of Camels Hump is the most challenging part of the hike. I actually really enjoyed that last .2 miles of mostly rock scrambling above the treeline and found the previous section of the LT that I mentioned much more of a challenge. Overall it took me substantially longer than WWF (nearly 7 hours for me), although I was stopping a lot to take photos and spent a decent amount of time at the summit before descending. Great hike though and I really enjoyed it.

And now on to some photos.

View from an old beaver pond along the Dean Trail: 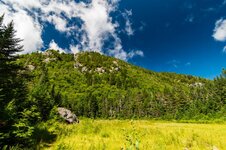 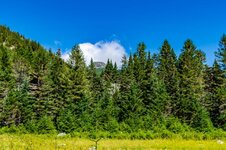 One of the first really good views along the Long Trail from the south on the ascent: 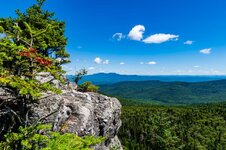 A pretty steep section of rock climbing on the LT (still probably at least a mile from the summit at this point): 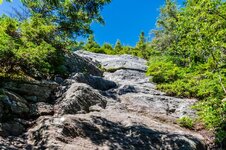 Starting the final approach to the summit and entering the alpine vegetation area: 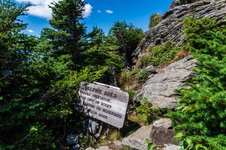 I think WWF took a photo from almost the exact same spot on his hike: 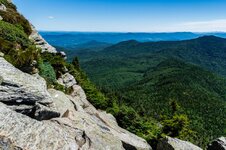 One of the sections I enjoyed the most on the ascent: 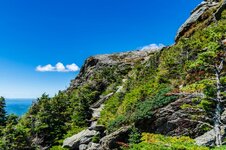 Getting closer to the summit (but not quite there yet): 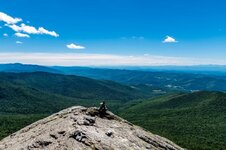 View from the summit looking south (Sugarbush and Mad River Glen are visible in the photo): 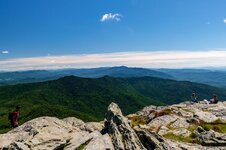 View from the summit looking north (Mount Mansfield is visible in the distance): 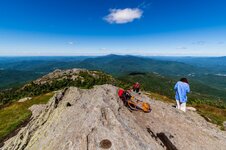 Great pics! What a nice day you had.
C

Glenn said:
Great pics! What a nice day you had.
Click to expand...

Thanks! The weather really ended up being nearly perfect that day!

I have fond memories of Camel's Hump. I got into hiking with my dad in when I was maybe 15 and this was one of the first overnight hikes we ever did. Me and SkiStef have a few pics up there. I have to see if I can find the pic. that was like 22 years ago.

Nice photos. I did the same route on July 21st and always enjoy the hike and views.

Terrific pics cdskier, now are these the only types of lines you take when you think about a "hike"? :-o
You must log in or register to reply here.

Welch Dickey Loop a short - but epic hike in the southern Whites.