Conditions: Packed Powder with some powder (4-6")

Trip Report:
This was our first skiing stop in Colorado and we were excited just to be out here. First the drive from Dillon was beautiful and worth the trip alone. The temp when we got there was about 24 degrees and from the parking lot it does not look like much but the 400 acres are well hidden. The vertical does not seem like much but the lines off the front ski big.

Upon arrival I looked up BushMogulMaster who gave us some great intel on where to ski. Hoped to make some turns with him but the day got the best of us. Patrick thanks for the comps! in any case we followed his advice to the tee and then some.

First recommendation is to ski the back side where the lift is a little faster. This area is very interesting since there are a million ways to slice and dice it. Our first run was down a blue trail (Ambush) which skied really nice, fast and probably the best conditions I have skied this season. The views were crazy! We then decided to head to skiers right and skied Mother Load over to Timberbash. Timberbash was a fun gladed area. We took this path a few different times becuase it offered a little bit of everything like pitch, bumps, glades and some cruising in between.

Another area that was recommended was to skiers left of that area that offered more glades, pitch and bumps. The most interesting was Powderkeg. This run the trees were a little tight but not such that it prevented you from linking turns. It had great pitch where at one point my son was not sure of his options. The end of the run opened into 4-6" of powder. Other runs on that side were Kamikaze, Nightmare and Piney which skied really well. Coming off Piney over to Blarney Stone there were several shorter trees that were fun to ski that has a low angle double fall line then lead to another nice gladed area. we spent two thirds of our that over there.

On the front side, there were plenty of cruisers but two runs that were also recommended were Homestake and Powerline. Homestake is a wide open glade as in a groomer with trees. We jumped in and out of Peek A Boo which is another low angle glade that is playful. Powerline is a narrow trail like most powerline trals go. The fun part is the glades around that trail which allowed for interesting routes through that area. The lodge has an old school feel to it and the food we had was pretty good especially the Bison Chili.

We had a great time and really enjoyed our first day. The one thing that has been kicking out butts is the altitude. We get winded really easy and breathing feels short. The town we are staying at is at 9100' which is our minimum altitude. 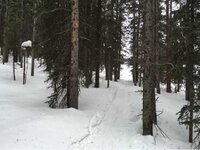 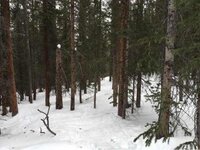 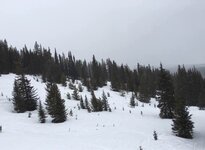 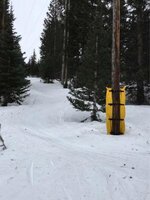 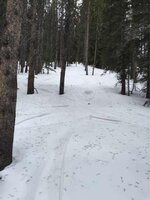 Sent from my iPhone using AlpineZone

Good job. Cooper's on my list to try. I don't care about its rep (Don't need steeps, I'm one of those rare birds that has skied and enjoyed places such as Bretton, Flatton, Okemo). Son is heading to Colorado for school next fall so should be seeing much more of the Centennial state between Denver and the family place in Salt Lake.

It was a pleasure to meet you, Dave, and I'm glad you had a good time! Sorry I didn't make it out for a couple runs... PBX guy dropped in unexpectedly to finish a phone project, so I was tied up until right around when you stopped back in the office. Enjoy the rest of your trip, and thanks for posting a TR

Shoot, you could have been back here skiing in 40 deg rain:dunce:

Way to give some love to Cooper. Now I wish I'd skied it while on a scenic drive to Leadville last March.

It was a great start to a great week! We are about to head to the airport and make our way back to sadness.

It was a great start to a great week! We are about to head to the airport and make our way back to sadness.

The snow last week was tough. This 1st day looks really nice - miss skiing in trees and this year, we got like 1 or 2 days.. Afraid that will be it for the East...

You should check out our latest video, if you haven't .

Going to next report.
You must log in or register to reply here.