Heard this on the news this AM on the way to work. Wow. http://www.wcax.com/story/24939116/man-behind-high-speed-chase-pleads-not-guilty

"A South Londonderry man captured at the end of a high-speed chase now faces up to life in prison." 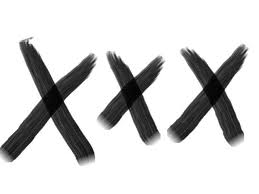 Yeah it was pretty bizzare. I had just gotten back to the Black Line Tavern from a friend's house on Magic Circle down the street right after it occurred. We were talking to the guy whose car was stolen. By Sunday morning we found out that he had been caught which I'm glad about. Caught red handed and pleading not guilty should be interesting.

U always plead not guilty if even your caught red handed.. Just the way the courts work

What a dipshit. How did he ever think he'd get a way with that? Let me rob a place where everyone knows exactly who I am and then steal a car and run from the police, because people that run almost always get away, right?
A

Crazy. The Rutland Herald also has a story seemingly indicating the guy had a 'tracking device' or ankle bracelet thing and describes him as a "habitual offender," but it's behind a paywall. Guess the vehicle had On-Star?

-- On March 8, at approximately 8:50 p.m., the Vermont State Police received a report of a vehicle stolen from the base lodge at Magic Mountain Ski Area. The victim told troopers his vehicle was equipped with a tracking device and was located traveling north on Route 103 in Cavendish. Officer Richard King of the Ludlow Police department was traveling south on Route 103 and encountered the stolen vehicle. Upon seeing the Ludlow police cruiser, the suspect vehicle rapidly accelerated and King began pursuit. After the suspect vehicle reached speeds over 100 mph, King discontinued his pursuit. Shortly after, the tracing device reported the vehicle had become stationary on Pleasant Street Extension near Soapstone Road.

The vehicle was located stuck in a snow bank and the operator had fled on foot. Trooper Kevin Hughes and K-9 Bohdan performed a track from the vehicle leading to the basement door of a nearby residence. Christopher Bush, 27, of South Londonderry, was located inside the residence. He was arrested and cited with grand larceny, operating without the owners consent, attempting to elude, excessive speed, gross negligent operation and driving under the influence. He was ordered to appear in Windsor County Superior Court on March 10.

Bush is also a suspect in a burglary from the Magic Mountain Resort Office that occurred at the same time of the vehicle theft, stated the press release. distribute. They were ordered to appear in court at a later date.

He's still wearing his staff jacket it looks like.

And not to get too political, but I think that the "life sentence" claim is hyped...big time. VT is very soft on crime. We had an elderly woman brutally murdered by three guys in Sheffield in 2010 and they are "only now" bringing charges...the Vt AG barely looked at the case because he was too busy harassing VT Yankee and trying to ban soft drink.
Last edited: Mar 12, 2014
B

thetrailboss said:
And not to get political, but I think that the "life sentence" claim is hyped...big time. VT is very soft on crime. We had an elderly woman brutally murdered by three guys in Sheffield in 2010 and they are "only now" bringing charges...the Vt AG barely looked at the case because he was too busy harassing VT Yankee and trying to ban soft drink.
Click to expand...

You did get political!

Bumpsis said:
You did get political!
Click to expand...

Back to the article....sounds like the guy has had other run-ins with the law.
You must log in or register to reply here.

This is CNN.... with way too many mentions of Northeast Skiing places!!!
2

Let me tell you a story about ski pole baskets
2