Feeling beaten up by Stowe the day before, I decided to pass on MRG. I drove to Mt. Ellen instead only to find that the only lift spinning was the Inverness chair. I drove to Sugarbush South and saw nearly the whole mountain enveloped in clouds and there was a fine mist falling at the base. I decided to bag the whole day and started driving south on 100. Then I started regretting my decision and remembered that I could hit MCSB if I cut over on 125.

This was the best decision I could have made.

The parking lot was nearly empty (even though there were tons of racers for NCAA Slalom and GS trials), the lift ticket was only $25, and all but the two trails used for racing were empty. And it was snowing.

This was my first time to MCSB and it wont' be my last. For such a small hill it has a lot to offer. Nice woods, steeps and a really gnarly trail under the Bailey Falls lift with rocks and ledges (I didn't hit it but watched a few others do it).

When I first got to the Bailey Falls lift, the liftie said I was the first person he'd seen in almost an hour. Every trail had untracked snow on the sides, a lot of the glades looked untouched (I only ventured into the trees between Hadley and Kelton, but the snow was soft and nearly boot deep).

My favorite runs were La Force which was short but had nice pitch and soft bumps and Youngman, a rolling run with a few drop offs and bumped up sections.

I took a few pics, mostly to show how empty the place was and to give an idea of the conditions. 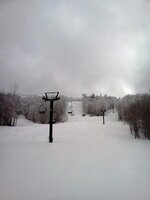 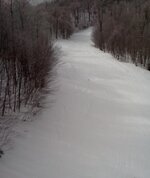 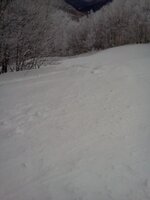 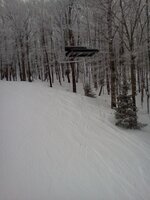 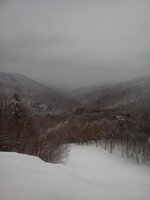 Good call on making the trip to Middlebury. I have had similar experiences there - racers on the front trails and the rest of the mountain empty and untouched.

Interesting to read. My Dad grew up skiing there and he brought me there once a long time ago.

Gotta try this one out sometime ! glad u had a great day there !!
You must log in or register to reply here.