Mount Snow, VT. – November 10, 2017 – Mount Snow is pleased to announce that it will open for skiing and riding this Saturday, November 11, 2017. A combination of favorable temperatures and a new snowmaking system which underwent $30 million in upgrades, will allow Mount Snow to open with the most terrain in the East at more than 100 acres.

“It’s really amazing to see this new snowmaking system in action,” said Erik Barnes, Vice President - General Manager of Mount Snow. “It will be an upgrade that our guests will benefit from all throughout the season, from day one through April.”

Planned terrain for opening day includes top-to-bottom skiing on Cascade, Canyon, Free Fall, and Long John, which has undergone an extensive widening project making it more accessible for beginners looking to explore the mountain from the summit. Additional trails planned for Saturday include Deer Run, River Run, Little John, and Launch Pad, with more terrain scheduled to open through the weekend and beyond.

Carinthia Parks, named the number one terrain park in the East by Transworld Snowboarding and Newschoolers.com, will also open with features from top-to-bottom on Gulch, along with additional features on Long John. With a planned total feature count of 14, Mount Snow will offer skiers and riders more variety than anywhere else in the East, with additional features to be added as terrain expands with snowmaking.

Mount Snow’s planned opening is Saturday morning. on November 11, 2017, falls on Veteran’s Day, and in honor of this anyone with a military ID is invited to ski and ride for free on Saturday.

Welcome to Alpine Zone ... see you this weekend!

Great Job with the new system and your crew. Hat's off to you for putting the effort in this year and showing what you got.

Awesome North Face will be open 1st day... something for everyone
A

bdfreetuna said:
Awesome North Face will be open 1st day... something for everyone
Click to expand...

A resort PR member....not from Magic or Jay...has posted on Alpinezone... 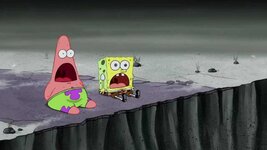 ss20 said:
A resort PR member....not from Magic or Jay...has posted on Alpinezone...

ss20 said:
a resort pr member....not from magic or jay...has posted on alpinezone...

awesome!
You must log in or register to reply here.

Sugarbush Opens for Passholders on Friday