I made the decision not to use my Spring Pass for Okemo and headed to Windham to use the Warren Miller Ski Film Freebie for the final trip of the season. A mistake as Snokemo would have been worth the drive. Windham unfortunately today was not. I really like Windham as its the best of the Catskill 3 other than the multiple speed traps on Route 23 and on the Taconic Trooper Parkway.

The day wasn't a total fail and frankly to drive 2 hours in place of 3 & 1/2 sometimes makes a great deal of sense. Today did not.

East Side conditions dramatically better than Main Mountain.
Windham closes after Sunday April 6, 2014 for the Season...

Best trail was Why Not? from the top of the HS Quad, turn left, stay left and then take Wintuck across to Wicked staying to the left side of Lower Wicked. You get a clean run down freshly groomed snow that was virtually untracked. My 4-5 runs were the sole tracks on Lower Wicked.

Upper Wicked was a bit of an obstacle course but once you got through the top, no issues and it was one of the better runs of the day. Wing N It under the lift was also virtually unskied and yet it was a fun run as long as you stayed under the chairs.

World Cup is a trail I have never loved as its always in poor shape up top and today was no exception but it skiied nicely from 1/4 way down.

Conditions were solid on Machine Groomed Snow wherever it was found. Why Not was well groomed and there were less than 50 people at Windham today. Parked in the top lot which is normally just for buses. There were zero buses and mountain was virtually empty.

Sunny at 9:00 AM till around 11:00 AM when clouds rolled in.
Conditions softened up very very quickly. By 1:30 PM rain became consistent and led to my decision to bail.

TIP: If you ski at Windham tomorrow or Sunday stay on the East Side. Ski Why Not to WinTuck to either lower Wingn It or Lower Wicked. If Wing N It stay to the left and if lower Wicked stay to the right. Both are in decent shape where groomed but honestly I believe Windham is right to close for the season for the following reasons:

:smash:Glades were out of the question at Windham today.

Wheelchair is a mess. I didn't even bother to take out my camera. The bumps while soft are mush like gravy on your mashed potatoes. Lower Wheelchair was decent.

Wolverine was ok and that's being generous. Its mushy and Spring conditions but skiable.

The Wall was probably the best of the Main Peak into either Whistler or Wiseacres..

I really did not make it to Wedel or Windfall (new trail for 2013) or WideOut as frankly it made no sense to waste any more time on the main mountain so headed back over to the East Side...

Unless you don't mind getting wet Windham has seen its best days of the season. These are not those.

Why Not looking down from Summit just below the race booth. 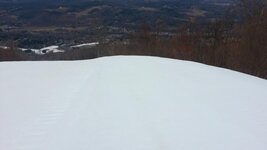 Wicked looking up towards Summit. 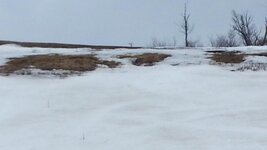 World Cup looking down towards base.. 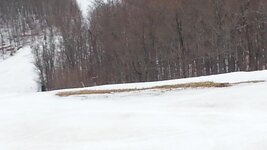 Why Not trying to show snow conditions by tilting camera. 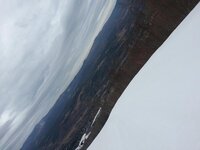 sirry gou had a bad day their i been o.ly once not going back. Theri are 4 Catskills aresa by the ewY. Platty last bumps day is tomorrow . Hubter is got plenty of snoe and no ppl their now seven ssskends. party lifestule with drinks and lookong at jdans on newbiies and wet t sbhirt check place out.
You must log in or register to reply here.