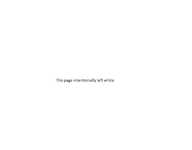 :lol: best TR ever. That good eh? All White.

Way to get after it. I bet it was sweet. Got up there thursday night, drive up was one of my easiest drives to Sugarloaf in my memory... Got a nice early start Friday, crowds were very light -- I assume most that could come up already did, but they left some leftovers for me. The whole mountain was open.
Snow was deep, a reminder of why we love the mountains -- some brush showing, but all signs of rocks were burried (aside from a few on winters way). The wind reset trails for nice fresh wind blown pow runs.... Around noon, it started to change over to mixed and the wind picked up -- By 1:00 pretty much all the major lifts were on wind-hold, with the t-bar running to the top and a double to the T-bar. Favorites of the day were, bubblecuffer, winters way, spillway, ripsaw, sluice -- didn't get into any glades, but looks like they were 'open'. Visibility was a challenge, and the weather turned a bit for the worse.... Stopped in for a bag burger and a few beers as the snow turned back and forth between sleet, mixed, rain...

Saturday got another early start -- groomers were firm, the rain had firmed up the snow... groomers were fast, bumps needed some working before primed -- sides of the trails were challenging, but sometimes were ok if they had not been bumped up the day before-- it flurried most of the day, and run by run as they got more ski'd on and the fluff accumulated a little, things got better and better. Picks of the day were double biter, binder, winters way, gondi line, white nitro! love it.

Base is strong, things are primed for next dump glades 100%, bracket ropes were dropped and open for biz, Alpinezone this year is going to rock!

Hopefully the pictures I someday upload will be good, we'll see... in the meantime, keep your eyes on the loaf and get up there as soon as you can. Nice! See you in February!
J

Nice Jerry. I'll see you up there in February w/ Bram.
L

Sweet, looking forward to my first trip up there!

added pics, looks like another dump is on its way! hope you are there
S