Trip Report: Being by myself, I hopped on the lifts from the singles lines most of the day and went down some trails I don't normally go down. I also kept my eye open for new "secret" trails and found few. 2 of them only lasted a couple hundred yards, but one of them was quite lengthy and a legitimate run. I also photographed a few lifts, particularly the ones that are only open on weekends, since someone from remontees-mecaniques already came and documented most of the lifts, but he came on weekdays so he didn't get them all. One of the best runs of the day was Northern Exposure which not too many people had skied and had some good jumps and obstacles. 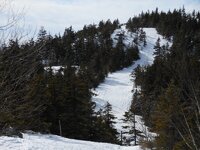 Can anyone guess where this is? 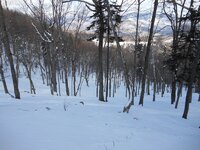 I'm not sure why, but not too many people had skied Celestial. Not that I was complaining because I got a good amount of fresh turns in. 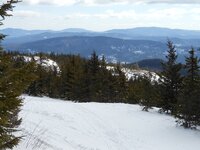 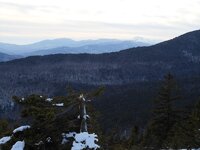 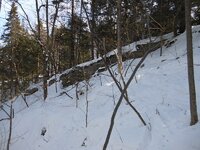 Just happened to stumble upon this ledge this morning. An unofficial trail leads along that ledge before finally forcing people off to one of its sides.
You must log in or register to reply here.