So my friend was running a trip out to Seven Springs so I decided to take the day off to check out a new resort and ski with my friend. Weather during the week had me questioning my decision with the recent warmups and such but a day off on the slopes with hopefully minimal crowds made the decision for me. As the day came closer some of the models looked like there was potential for snow rather than rain so I kept my fingers crossed. As we started the drive and got closer to Pittsburgh we could tell that it had definitely snowed and looked to be continuing as we went. Arriving at the base lodge we were invited to see at least 5 inches of fresh powder to be found with a steady stream coming down. After getting our lift tickets and changing in the lodge (crap part of a bus trip is the time it takes to get ready when you get there) we hit the slopes. My friend was familiar with the mountain so he took me across the mountain to skier's left to check out the terrain. As we worked our way around we could tell that it was going to turn into a special day.

After working our way over to the lift we were heading too I decided to check out what the tree's looked like with the fresh snow. Coverage was amazing with the fresh stuff really sprucing up the terrain. After hitting the lift back up you could see that the mountain had done a great job of grooming portions of the trails and leaving some parts completely undone so that the fresh snow would pile up nicely. We took a couple runs down avalanche and goosebumps which were soft with some nice bumps which really got the legs going. After dropping off my friends wife we shot over to North face to to check out the rest of the mountain. After finding our way over I ducked off of the trail to skier's right which was ungroomed gold as fresh snow everywhere was creating amazing little bump lines all over the place. After hitting the high speed quad we worked our way across the mountain hitting all of the terrain and jumping off the groomed portions at every opportunity we had to hit the fresh snow. We headed into the lodge to meet my buddies wife for lunch and had a good meal while seeing the great setup for night life at the mountain.


We headed out after lunch and hit some more of the north face hitting the various glades and some tree shots off map. More hits of trails under the lift which bumped up nicely and other trails to be had. Skiing was great we were getting every piece of terrain we could get our eyes on. My buddy decided to turn it in around 4 so I went solo and just hit more terrain all over the mountain again sticking to the sides of trails which were just skiing amazingly all day as the snow continued to fall. THe bus left at 7 so I called it a day around 6:15 to change and grab a drink the great bar the foggy goggle. Bus trip home was uneventful and as we left it was still snowing estimates I saw were around 8 inches over the two days and the lack of crowds and quick lift lines really made it one of the best days of the year.


To sum up the experience I couldn't really had asked for much better conditions. The only way conditions could have been much better would have been if we did not have the warm up because it added a little bit of slickness under the fresh snow but minimal and not noticeable most of the time. I have little experience in freshies and not much bump experience so this day really was a great working day for me where I really got to work on my technique and my legs were really feeling the burn of some more technical skiing but loving it. The mountain while not having the best vertical does have a lot of good terrain and the mountain feels very big with a lot of acreage for a PA mountain. The only points I felt were lacking were sustained pitches and the glades while fun were a little too cut out. Groomers did a great job and the mountain really has a good setup as far as lodge, staff and lift system.


Bus view as we got closer 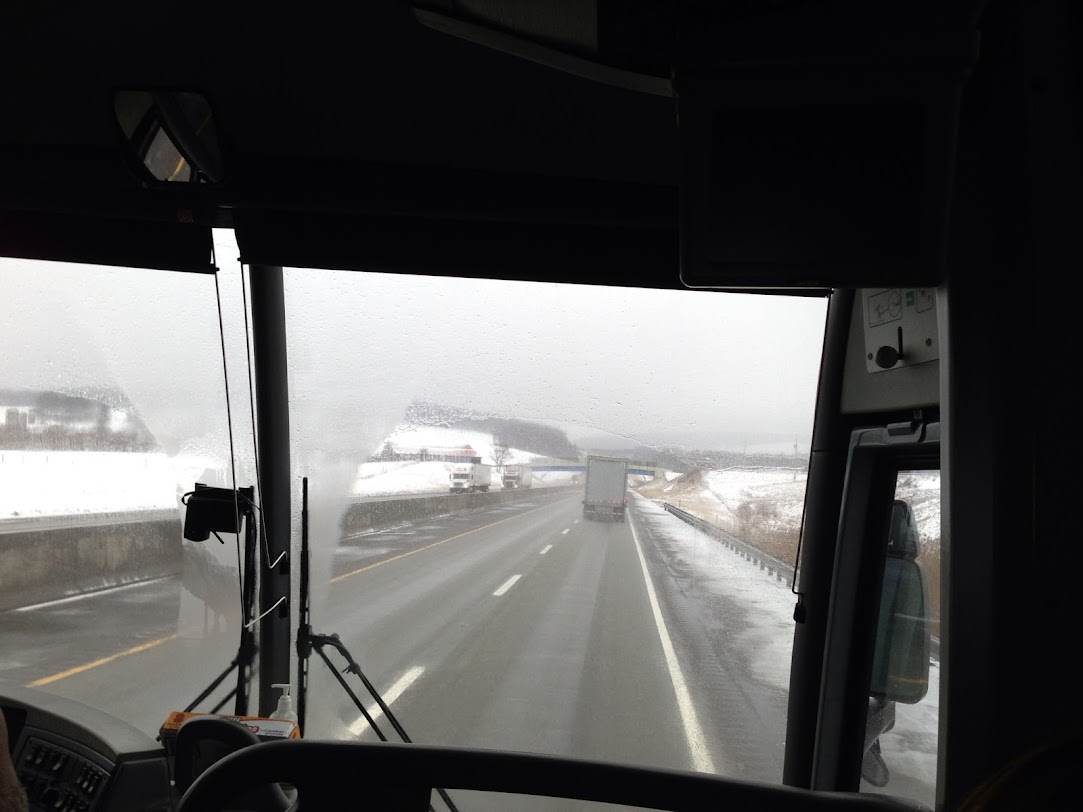 View from the lodge 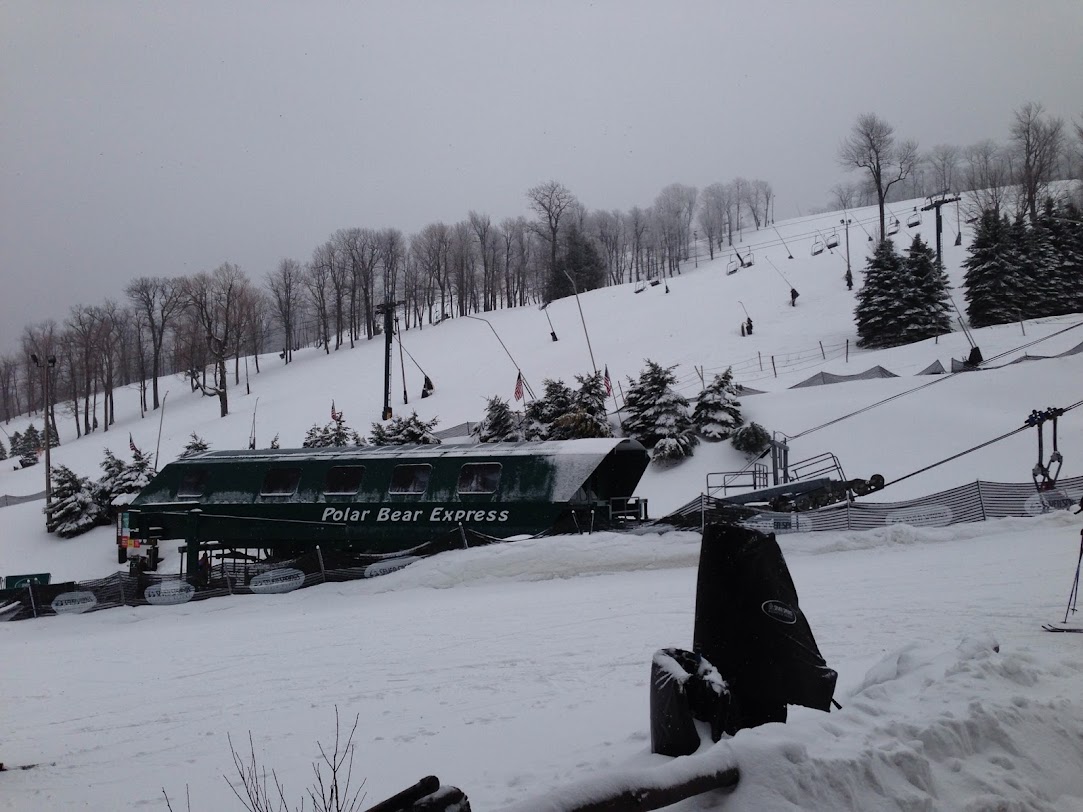 Amazing view of the snow coming down 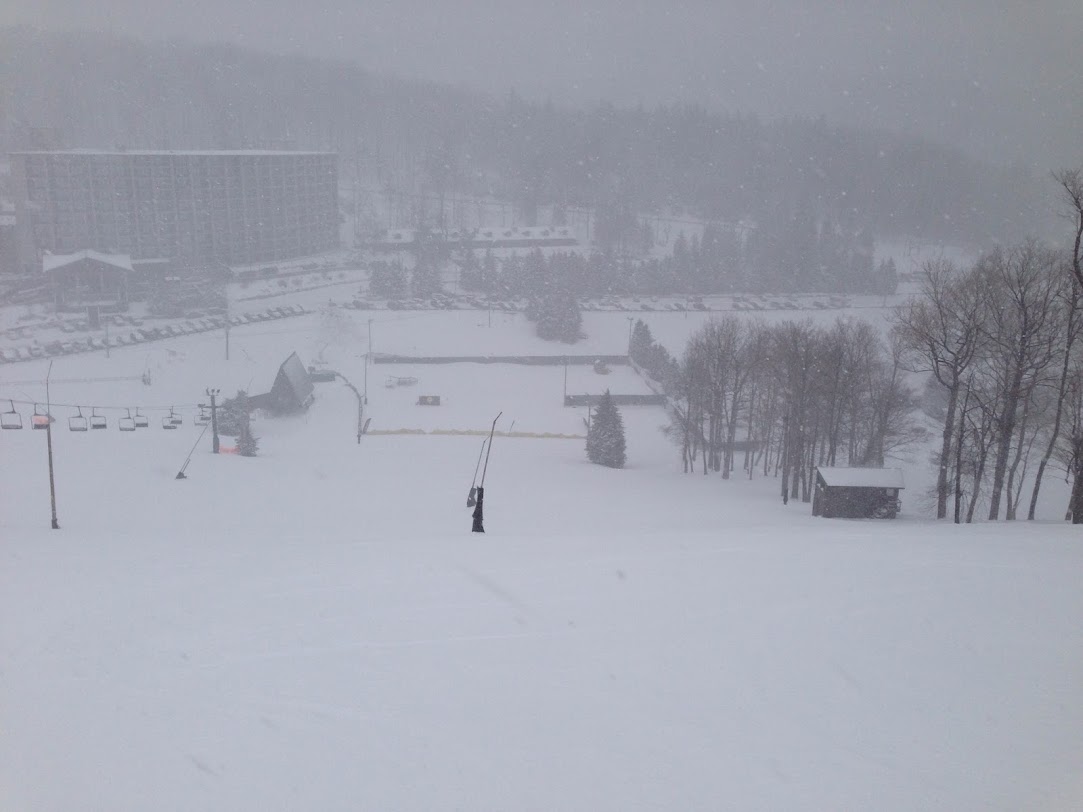 Great fresh snow off the groomed trail under the lift 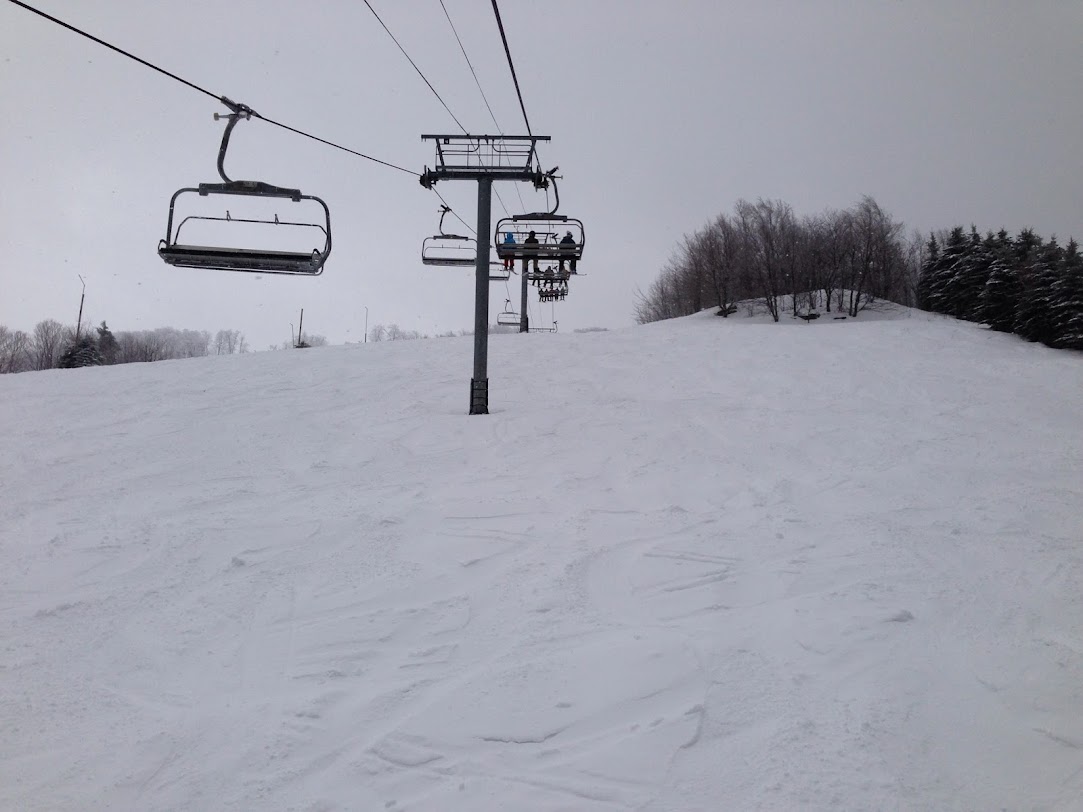 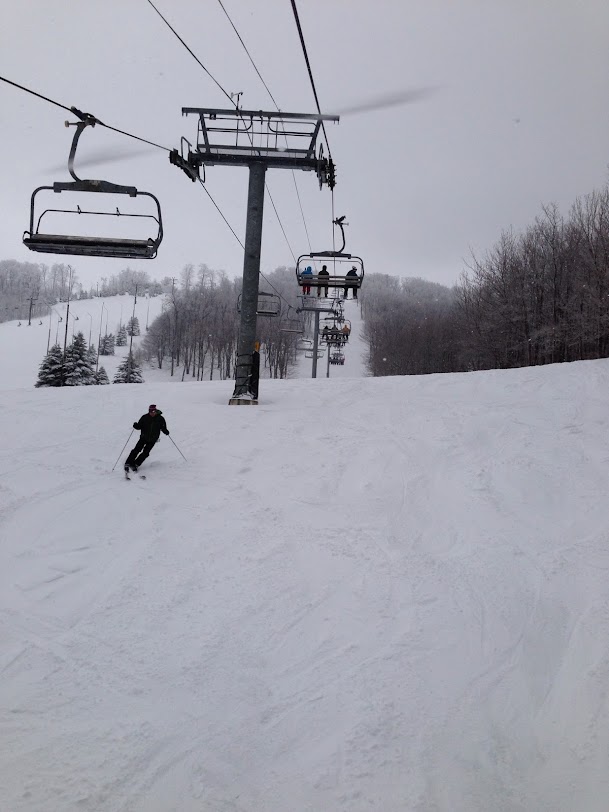 View from the top of north face area 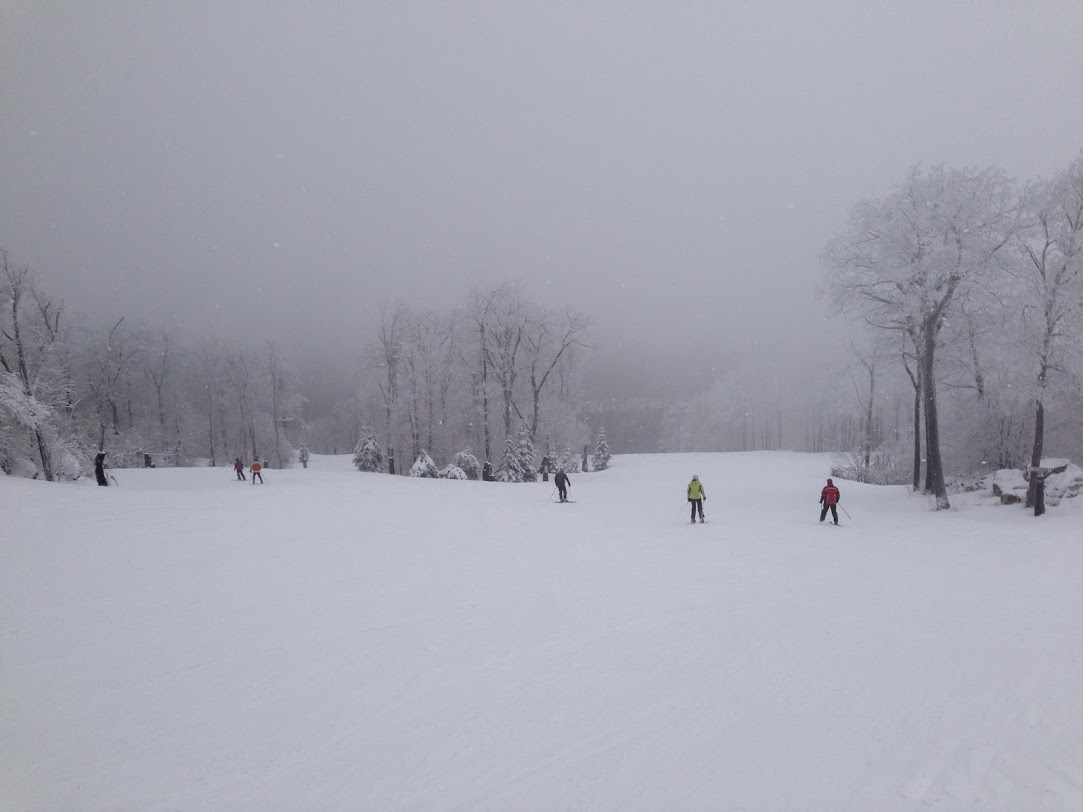 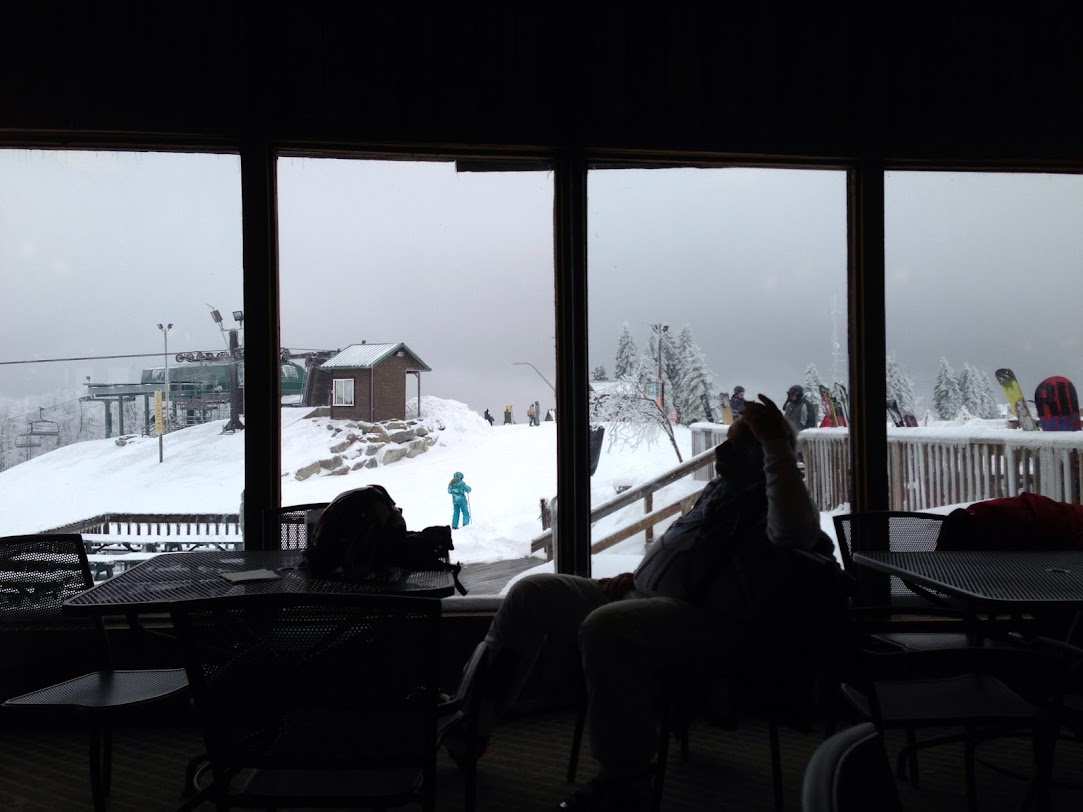 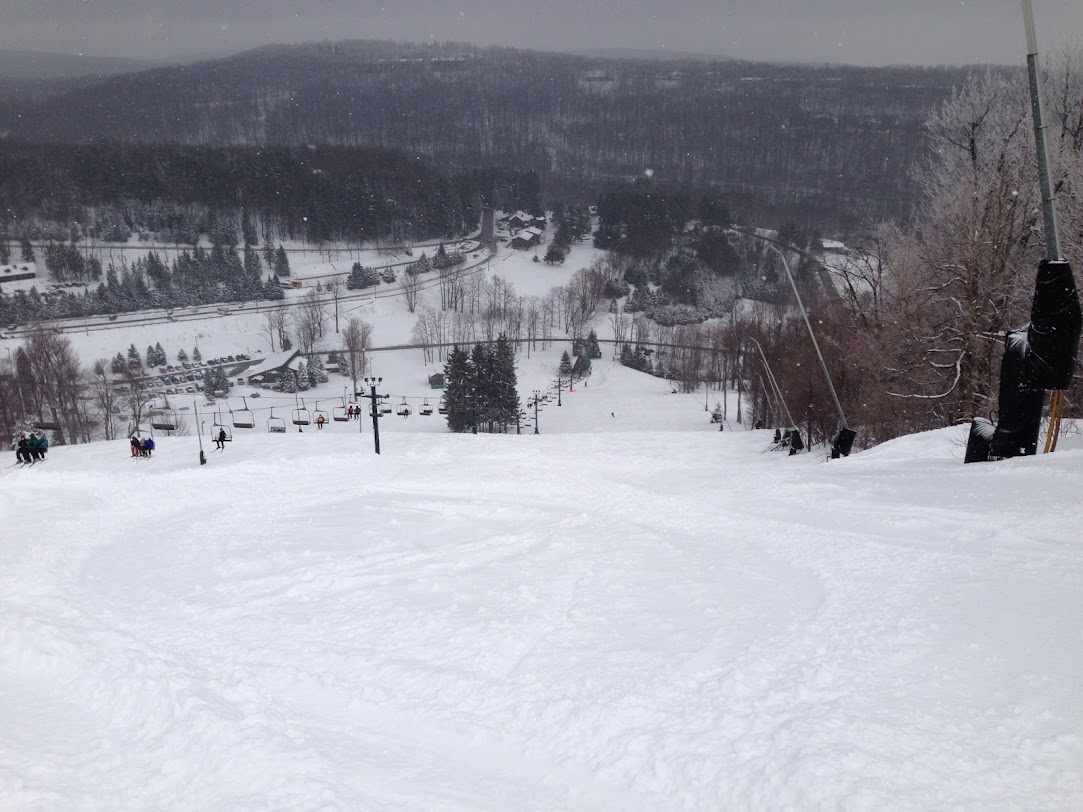 Me coming down one of the glades 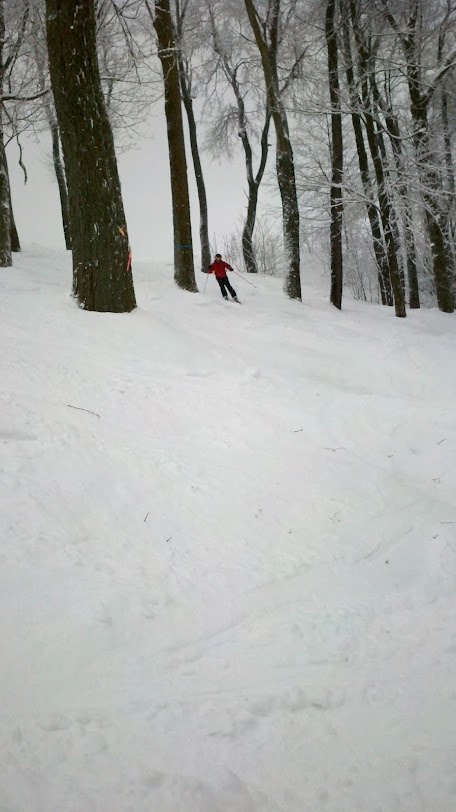 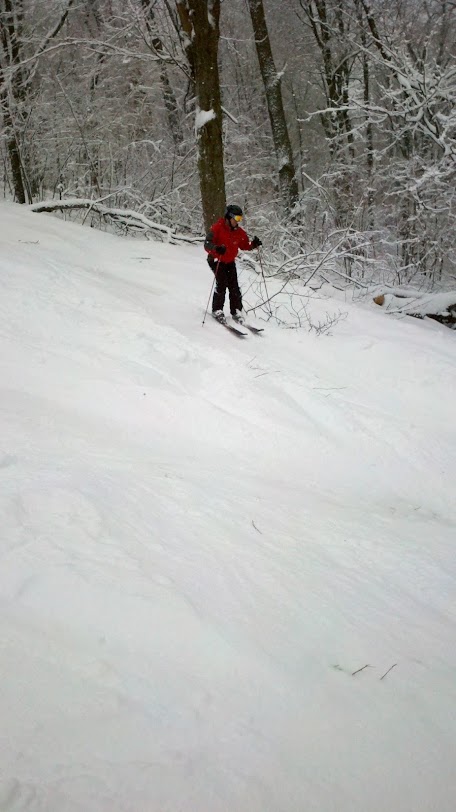 Horrible posture coming off a bump lol backseat much.... God I suck... 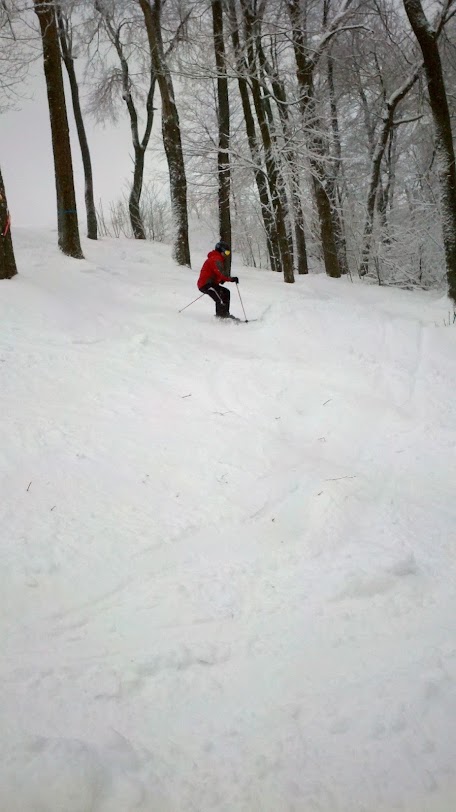 Nice. I skied there a few times when I lived in Western Maryland. I enjoyed the Northface skiing quite a bit. I enjoyed the bars there a whole lot more. That place likes to party.

Looks like you had some nice fresh snow, I've never been to Seven Springs, but was tempted late last season when they got dumped on. Long haul for me for what, 700ft of vert? Thanks for the TR, looks like a nice place.
You must log in or register to reply here.