So...I've got a pair of Fischer all mountain skis. I've had them three years so they're nearing the end (borderline rock skis now). Anyway, when I first got them the shop mounted them and after maybe 10 ski days I had to bring them back as the back binding plate was loose and coming out of the ski. They helicoiled it and it's held up to now. Unfortunately I had to bring them back today as the repair was starting to give. They re-mounted them in new holes but the ski its self was starting to delaminate under the binding where there was play (as the plate was lifting up due to it being loose, it took some of the topsheet of the ski with it). They epoxied the crap outta it. This is not my local shop, and while I don't plan on buying anything from them again (with bindings at least) they've fixed it for free each time so kudos to them. So...anyone wanna take bets on this repair holding? In my opinion, it should be good as there isn't much bending/twisting there as it's pretty much the center of the ski....of course, provided the binding doesn't start coming out again. With a tip/tail delamination there's a lot more flexing going through it. That's my logic at least, but what are your thoughts?

Also...all things happen for a reason right? I looked at skis there (of course) and found a pair of brand new Icelantic Nomad 105's in a 181cm size. Bindings already on them. Never used (I could see some of the factory wax still on the edges). Apparently one of the tech's has an in with one of the Icelantic guys. Took them home for $450 and they're ready to go. The skis alone without bindings are going for $600-700. I saw them used (with bindings) for around $500 online. They have semi-special 10th Mountain Division graphics on them too. So stoked! Seems like I've already got my daily driver for when I move west in the fall!

I've got a history of skis failing me in strange ways....some old Atmoic Nomads from 7ish years ago! They were a solid all-mountain "good conditions" ski when all-mountain EC meant 80mm underfoot. 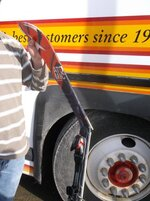 ss20 said:
I've got a history of skis failing me in strange ways....some old Atmoic Nomads from 7ish years ago! They were a solid all-mountain "good conditions" ski when all-mountain EC meant 80mm underfoot.

Must've been a problem with those skis because I have the same ones from about seven years ago too where the tails started to delaminate. Had them epoxied a few times from a very reputable ski shop but they never held together. I finally gave up, drilled a few small holes and used a mechanical fastener to keep them together. They are rock skis now.
You must log in or register to reply here.

B
Wear and tear on ski boots - does this affect binding release?

A
Skiing trip saved me from Covid!

M
What kind of XC/BC ski gear should I get?