After bagging a Tuesday trip to Killington due to freezing rain, set my sights on Wachusett opening day to start the season. Forecast of 40 and sunny held up, so got out of work early to catch the last few hours of daylight. Arrived around 1, got my pass processed, and it was go time.

Started off with a few Conifer runs and was surprised at how nicely it was skiing. The snow in the sun had a soft, early spring-like quality to it. Edge to edge and deep for the majority of the trail except for one small area past the first road. Anything that was heading into the shade was starting to stiffen up. 10th didn't look like it was opening anytime soon, especially up top. Will need a few more days of snowmaking.

After a few runs, decided to follow what was left of the sun and check out the Minuteman side. Challenger and Ralph's were both beautiful in the sun. A few more people on that side, especially with a few park features set up on Challenger. But if you avoided large groups you usually got the trails to yourself. Unreal conditions while the sun was up though, perfectly rippable snow on opening day.

After 3-3:30 when everything was in the shade it started to stiffen up, plus more people started showing up and things got skied off a little bit. Plenty of loose snow still to be found on the sides of the trails at that point. Had me wishing I could've been there earlier. Usually opening day is tough, I make it 5 runs until I get sick of the usual styrofoam and ice. But if I was there at opening yesterday I could've gone all day. By far the best conditions I've ever seen them open with, nice job snowmakers and groomers!

Took off around 4 as I have also been under the weather a bit so staying away from the crowds this weekend. Next day may be Tuesday, but freezing rain is in the forecast again. Didn't we have enough of these crap mixed precip storms last year? Better than a 60 degree cutter I guess. Would probably hit Loon as it's close and seems to have some decent stuff open. Wachusett will reopen Thursday after closing Monday-Wednesday. Not very warm this week so they should be good to go. I always say Wachusett really shines in a good early season. Fun place to have all to yourself every night right through Christmas. At the same time, I feel spoiled by last year's magical start and I'm ready for a powder day. But I'll take this over the usual alternative of no skiing at this time of November for sure.
Last edited: Nov 16, 2019
M

yes a decent day once they got the lifts running. I will probably skip the weekend due to possible crowds 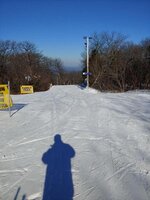 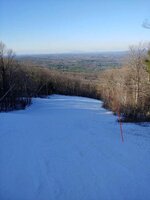 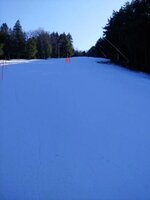 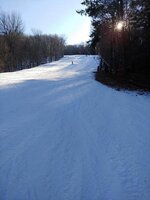 Unfortunately my new phone doesn't like to upload pictures so they'll have to wait this year I guess.

Cool, I'm hoping to get in a Wachusett day early season with the Warren Miller pass. It's definitely the closest mountain to me that I've never skied. Berkshire East was always me local go-to.

bdfreetuna said:
Cool, I'm hoping to get in a Wachusett day early season with the Warren Miller pass. It's definitely the closest mountain to me that I've never skied. Berkshire East was always me local go-to.
Click to expand...

Make sure to check out the old stone Bullock Lodge hidden away on skiers right of the Salamander Cutoff trail. It’s the original Wachusett Lodge built in the 1930s by the CCC and was restored and reopened 10 years ago. Usually has a nice fire going inside and hot cider.
You must log in or register to reply here.