Sitting at work Tuesday afternoon, I decided it was time for a vacation day. Left the house at 3:55 Wednesday morning and arrived at the AMC Pinkham Notch Ctr a bit after 7. Note: thank you to the Conway police officer who was very nice NOT to give me a ticket (just a warning) for being 20 MPH over the speed limit on the outskirts of town!

Left the parking lot just after 7:30 after stumbling around trying to find the Tuckerman's trail - don't ask! Arrived at the shelters about an hour later. There is just a ton a snow once you get a few hundred feet above the notch. It was warm going up quickly and I had to stop twice to shed clothing.

When I arrived there were a few folks out on the porch and one person already above the headwall. I've never done any hiking on the Pinkham Notch side of Washington and it is very pretty especially with all the snow. Two guys on the porch who were skiing in the Ravine couldn't believe I was foresaking Tuckerman's for Wildcat.

Got my boots on and walked over to the Sherburne Trail and began skiing down at 8:54. On surfaces that were in the sun, it was very soft. Otherwise, very icy and hard. Stopped once to add a layer! The coverage is good and there are a good amount of bumps. It must be an absolute zoo in the late afternoon on a weekend going down that slope with a lot of tired skiers. I was able to ski right to my car in the parking lot. There is one spot very close to the bottom which is almost devoid of snow and won't last the weekend but that's less than 100 yards from the bridge and you can probably ski thru the woods back to the trail. Met a few folks skinning up. Got down about 9:20. Fun trail and may do again in the mid-winter

Jumped in my car with my boots still on (wouldn't recommend for busy roads or long distances) and drove over to Wildcat with free ticket in hand and was on the chairlift by 9:40. I was surprised by how long it took for the terrain to soften up. Probably didn't get soft on the upper half of mountain until 11:30ish. The groomers were great and I took a few runs down Polecat, Wildcat, Catapult waiting for things to soften - I'd jump off and regret trying something upgroomed like Tomcat Schuss (lots of bare spots) and Wildcat Pitch (still too hard when I skied it and never went back). Finally, by about 10:30 the bottom of the mtn softened and I skied Catenary and Panther repeatedly. With more skier traffic these were alot of fun.

Al's Folly was open from Lync's connection but it was pretty sketchy in places - only one narrow, very skied off route in places. Lower Lift Lion was open too but again, I skied it early when it was too hard and there was only a narrow route down mid-trail and I never went back. Top Cat was open at Catapult and had good bumps (and plenty of snow) once they softened up. After lunch they opened Lift Lion at the entry point off of Wildcat and you were able to ski the upper portions of TopCat and Lift Lion both of which have plenty of snow - not sure if they will open either trail from the summit due to lack of snow. They were well bumped up and could be fun with more skier traffic and soft snow. There are bare spots on both (Lift Lion more).

Also, skied Catacomb Glades a couple of times which still had good coverage - with soft snow, it was good fun. The Chutes was fun with bumps. There was a puddle at the lift by about 1PM. Jag glades was not open but looked like there was plenty of coverage.

Basically, I skied bumps exclusively once the snow softened. Had to leave at 2:30 but my legs were toast anyway. My last two runs down the steeper portion of TopCat were a disaster b/c I was too tired to turn!

I don't think Al's Folly plus other sections mid-mtn under or alongside the quad will last until the weekend. Assuming the evening temps moderate the upper portions of Top Cat and Lift Lion should be fun. On man-made trails, there is a ton a snow left. Anyway, was back home to pick up my daughter at 6:15 even with an accident on 495. I was toast though last evening! I hope this wasn't the end!
Last edited: Apr 17, 2008 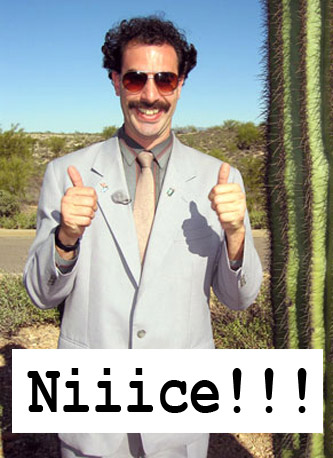 just to contradict what I wrote above - Wildcat's website is reporting everything except Hairball is open!
You must log in or register to reply here.