Conditions/Weather: Variable, 45" base, 7" new snow; Snow/sleet mix with temps in the 30's

Report: A couple years ago I learned about this project to open up a new ski area on private land just north of Logan, Utah. Last year they set up a website and advertised the project, which was delayed a whole season. I took a drive up to look at it in August and was curious to ski it when it opened. Friday I had a business engagement that required me to drive up there and an excuse to go check it out.

Here is their trail map:

My hunch was that the 3 operating lifts were the Magic Carpet, the Gateway Chair, and the Vista Chair. I was correct. The Summit Chair is only partially done with the towers and top terminal erected. They are also in the process of building a long wind fence along the Gangway Trail to prevent wind gusts on the lower mountain.

The Lodge is indeed impressive and probably 95% done. The ticket office doubles as a retail store with some shirts and other items. A half-day ticket, at $35, was pretty reasonable. The second floor is an open cafeteria/dining room/lodge area. Restrooms were on each floor with the second floor's being outside to allow for folks to use them without going into the lodge. The cafeteria looked nice. The upper floor is a large reception room with some deck space and a nice fireplace. It was off-limits to ski boots. That seemed odd to me since the building is primarily a ski lodge, but I understand that they want to host functions and they can make some serious coin off of those events. They were showing it off to a prospective customer when I went upstairs to look.

The views up the tubing park towards the REAL Cherry Peak were impressive.

We got our tickets, booted up, and headed to the refurbished Gateway Yan Triple that was brought down from Sun Valley. The lift, at ten towers long, is a slow but short lift to ride. They still have painting to do and it looks as if they will paint the chairs red with green hangers (two were in that paint scheme) ala a hanging red cherry. Interesting.

At the top we took in the nice views of the Cache Valley before picking our way through the wind fence to ski down past the incomplete Summit Triple to the Vista Triple Chair, another Yan from Sun Valley. It, too, was a slow but short ride and needs some paint.

We skied four runs on the Vista Area. It is primarily set up for the small terrain park and a few low angle trails. All had lighting and the runs in the middle had snowmaking. Wild Bill, Right Slip, Funnel, and Edge were all separated by patches of scrub and some low trees. We skied Wild Bill to find some drifted snow and few tracks. Edge was groomed nicely. Sunscream and Cheeky were smooth and fast. They had made some snow here and there--enough to open--and cover overall was decent. This area is quite small and skis pretty small....a 4 minute lift ride for maybe a minute or two of skiing. And the main runs were similar....fun, but similar. I imagine that families and park folks will frequent this lift. It also has a lot of good beginner terrain but the Longmozy Trail down to the bottom is pretty narrow and not really well graded quite yet.

The Upper Mountain looks very nice....but my friend and I both commented that it was close to being great. We say that because there are some nice bowls above and to looker's left of the top of the Summit Triple that if it were extended just a little bit would offer some great skiing. As it is now those areas will require hiking. The front runs from the top--Nightmare Alley, Yardsale, Black Hole, and some others look legit. Nice fall line all the way down to the base from the top but it requires two slow lift rides to lap. They were not really mowed or cleared and had a lot of scrub on them.

The Lower Mountain had some great skiing. In fact, the main runs, with their nice rolls and steep pitches were very reminiscent of the main slope of the Middlebury Snow Bowl (think Allen). Downfall and Reconsider offered ungroomed snow on steep pitches that were great. Groom these babies up and you can go Tuna Speed. True Blue, Narrows, Think Twice, and Sidestep were groomed and offered nice cruising. Stout Heart was ungroomed and right under the lift. Black Hole is a nice chute that dumps right into the area from the top. Straight and perfect. This whole area had snowmaking and night skiing. Very impressive. Though these runs were short they were very entertaining.

We were able to cover almost all of the open terrain in two hours with no breaks. The staff were friendly locals. In my conversations I learned that the night skiing has been very popular because Beaver does not have it. However, with its 1,265 feet of vertical (I'd say 700 of it is now open) it is smaller than Beaver. That said, the drive is WAY easier than from Logan to Beaver.

Overall they have some kinks to work out still, but it is a fun place for a few hours of turns. 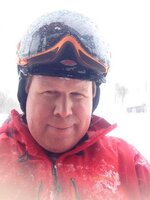 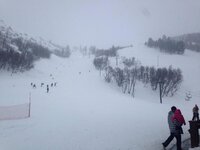 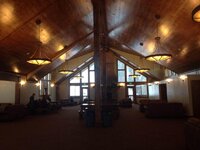 Sent from my iPhone using AlpineZone
You must log in or register to reply here.