Pico fans should be happy

Just saw snow being made on Killingtons Horizen cam.

MENDON — The Pico Peak ski area that helped launch the skiing career of the first American skier to win two Olympic gold medals in alpine skiing is celebrating its 75th anniversary this season.

Andrea Mead Lawrence was the daughter of the founders of the Pico Ski area, Brad and Janet Mead, who opened Pico Peak off U.S. Route 4 in Mendon to skiing in 1937. It was in 1952 that Andrea Mead won two gold medals at the Oslo games.

The Meads put up a rope tow and opened Pico on Thanksgiving Day 1937. A group of local skiers then formed the Otter Ski Patrol at Pico, the oldest volunteer ski patrol in the nation.

Linda Goodspeed, the author of a history of the resort, said the Meads were avid skiers who dreamed of opening their own ski area.

“It’s an interesting story in the beginning because Brad and Janet Mead were a young couple from New York City, a couple of free spirits,” said Goodspeed. “Brad was an artist.”

Some of the highlights of the anniversary celebration include lift tickets for $19.37 for the first five days after the resort opens on Dec. 15 and $75 unrestricted season passes for students in kindergarten through grade 12.

Pico’s popularity grew in large part because of Brad and Janet’s personalities and vision, said Mendon resident Joe Jones, an early member of the ski patrol who went on to become a coach.

Vermont Public Radio (http://bit.ly/RZL9RR) reports the couple worked hard to incorporate the latest ski technology from Europe, installing the first T-bar in North America and hiring a Swiss skiing sensation to head up their ski school and racing program.

Brad Mead died in an accident in the early 1940s. After that Janet Mead kept the resort running.

“It’s very difficult to explain the strong will that that woman had,” said Frank Heald, a former Pico general manager. “She was far ahead of her time in terms of what we think of today in terms of equality of the sexes. She was a dynamo in her day and didn’t know the meaning of can’t do it.”

Janet Mead, who died in 1990, sold the resort in the mid-1950s. The Killington ski resort now owns the Mendon resort.

This Thanksgiving marks a special anniversary for Pico Mountain as the area turns 75. That means it has completed 75 seasons, and this December will begin its 76th winter of serving snow lovers!

That is an accomplishment of the highest order as Pico is now Vermont's third-oldest major ski area and one of the 30 oldest in North America. What's more, it was often owned and operated by women, which makes it even more unusual in the history of skiing!

The Otter Ski Patrol was formed in 1938 to provide assistance to injured skiers and to keep the slopes safe. It is now one of the oldest continually operating volunteer patrols in the nation and the longest and oldest registered volunteer patrol with the National Ski Patrol.

Pico also supported racing and school programs for kids with assistance from the Otter Ski Club (now the Pico Ski Club) starting in 1938.

The ski area opened with a 1,200-foot rope tow on the lower section of Little Pico. Two more rope tows were added in 1938, but Pico's real claim to fame came with the 1940 installation of a Constam T-bar.

It was the first T-bar in North America and reportedly had the highest capacity lift at that time. It ran to the top of Little Pico between the "A" and "B" slopes but climbed so steeply beyond the fourth wooden tower that many a small, lightweight, or unsure skier exited there rather than risk falling off.

With Brad Mead's death in 1942, Janet was left to operate the area with assistance from Karl Acker, their head ski instructor who became the general manager and kept Pico running. He was a capable mechanic who could operate and fix the machinery.

Even when Karl went off to fight in World War II, Janet kept the ski area open with help from paid staff and volunteers from the Otter Patrol and the Ski Club. She was probably the only solo woman owner/operator of a ski area at that time.

In June 1954, Janet sold Pico to Karl and his wife June. In a 2007 interview, June recalled that Karl expanded the operation and installed a J-bar (on Knomes Knoll) that he couldn't quite get to work the winter of 1957-58 and suffered a fatal heart attack in May.

When they purchased the area, five banks had provided the funding but had "required a life insurance policy on Karl." It was that policy that enabled her to carry on, June said.

Her crew replaced the troublesome J-bar with a T-bar that worked. She also put in a chairlift that went halfway up the mountain (Lower Pike double) but was unable to get financing for a chair to the summit. By the time she sold to Bruce and Verlene Belden in 1964 (majority owners backed by a group of investors), the area had two T-bars, a J-bar, and the double.

The Beldens put in a summit chairlift in 1965, increasing the lift-serviced vertical to 1,967 feet, and made many improvements-new trails, iconic three-story base lodge, chairlifts, and snowmaking. They installed Vermont's first triple chairlift (1970) and its second Alpine Slide (1981). They responded to declining skier visits (for lack of housing) by spearheading the Alpine Pipeline, a private sewer line built to serve the Route 4 Corridor, and by pursuing a slopeside village, built by private developers.
Pico also built the Pico Sports Center, which debuted in 1988. Wanting the mountain to remain viable in a competitive industry, the Beldens installed one of Vermont's first detachable quads in 1987 and then retired.

Led by various members of the board of directors, the investor group took over operations. Having survived the trying 1970s and early 1980s, Pico was one of the first to open its entire mountain to snowboarders and one of 17 Vermont areas with chairlifts to make it to the turn of the century-over 120 ski areas were lost in Vermont while nationwide several hundred closed down by the year 2000.

After Killington had managed the area but not purchased it, the Herbert family kept Pico going for as long as they could, but Pico faced bankruptcy in 1996. With Les Otten coming to the rescue with a December purchase, the area never missed a season!
When Powdr Corp purchased Killington in 2007, they also purchased Pico and made changes to a five-day operations schedule and bargain ticket prices, returning the area to profitability. This enabled the mid-sized mountain-75,000 to 125,000 annual skier visits and less than 300 acres-which industry veterans agree is the hardest size ski area to operate successfully to continue!

As Pico grew older, it also grew better. A dramatic, tall, and broad mountain, it now sports 52 trails, 7 lifts, and a diversity of terrain on 265 skiable acres, including glades.

The 360-degree views from the summit are stunning. People especially love the fact that all trails lead to one base area with a lodge that still has a working fireplace!

Pico is still home to the Pico Ski Education Foundation, which supports recreational and race programs for kids. Since 1999, it has also been home to Vermont Adaptive Ski and Sports, which provides Alpine skiing and other recreation to people with disabilities. Thanks to land donated by Pico and various fundraisers, a new building is arising by the base lodge to house these two programs.
Throughout its 75 years, Pico has continued to be a fun and challenging mountain, one imbued with that sense of family commitment to skiing as 'a way of life.' Pico is a mountain where a sense of community and the joy of skiing and riding prevail. 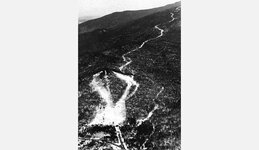 so what's the appeal with posting on an eastern ski board then?

and then the sun rose. Being a deeply spiritual person I interpreted this as a directive to spread truth -at times via hyperbole- to the masses.

Blizzard of Wahhs said:
i woke up one day and a voice descended from the heavens and said "let there be light"

and then the sun rose. Being a deeply spiritual person I interpreted this as a directive to spread truth -at times via hyperbole- to the masses.
Click to expand...

Sent from my ADR6410LVW using Tapatalk 2
That your an annoying person.

Blizzard of Wahhs is a horrendous poster.

bobbutts said:
Blizzard of Wahhs is a horrendous poster.
Click to expand...

Agreed. It can't all be circle jerks and lattes.

Blizzard of Wahhs said:
Agreed. It can't all be circle jerks and lattes.
Click to expand...

That who you hang out with thanks for admitting to it. F
Used snowmaking - who knows who in Northeast?