I will start with the idea that we have been looking forward to a day at Cooper since our day there last February. And skiing did not disappoint. The drive there was pretty awesome too passing by the Collegiate Range - lots of 14Ks. While the temps were not bad and it was almost a perfect Bluebird sky, the wind chill kind of made it feel colder but the sun did help.

We arrived around 9:30 and used or Gems Cards to get our lift tickets. We headed out with the objective of skiing most of our time on the Piney Basin side. However to get there we took the 10th Mountain double (think Rangeley Double at Saddleback) - fairly long and kind of slow but does cover a lot of ground.

Now at Piney Basin it basically is your own canvas to paint with all kinds of variety. We skied trees, open slopes and groomers, powder and chop, as well some bumps. Now Piney Basin has a great view of Chicago Ridge where cat skiing is available which we want to try out one of these days.

The trees are primarily on the out skirts and not all trees were available but what was open was incredible. While we skied a few runs on Ambush which was super fast, most of put time was spent skiing Mother Load, parts of Piney, Nightmare, and Kamikaze. Nightmare was especially fun cutting onto the groomed part then whipping into powder and making turns at high speeds. The powder was fluffy and a dream to ski through - like a cloud as my son put it. Bumps were on sides of Piney and the half of Nightmare and powder bumps on Kamikaze. I never noticed this back east but new snow with wind fills in the troughs and kind of levels out bump runs which happened on Nightmare.

On the front side we only did a few runs but our favorites are Trails End, Homestake which are very nice New England style groomers with areas between that were ungroomed powder and lastly Powerline which is a very narrow run between trees. While the map shows that trail cutting over to a green trail, you can actually ski it beyond the intersection all the way to the base. That section is even narrower.

Now the front side was busier due to races. But the back basin never saw any lines and the trails were all ours. The lift in the basin is faster as well. It was awesome.

Now I am going to be honest here. While enjoyed the food from the bar last February, it was not very good this time around and service was slow. But this did not take away from our experience. Ski Cooper is a place where you get to experience what a resort might have been like in the 70's and 80's. The snow has been awesome both times we have been there. Even during a low snow period last year. It had not snowed for two days yet we found untracked.

It is inexpensive and quiet and we have fun there. We will be back later in the season. BTW the drive up 24 from Colorado springs is beautiful as well. 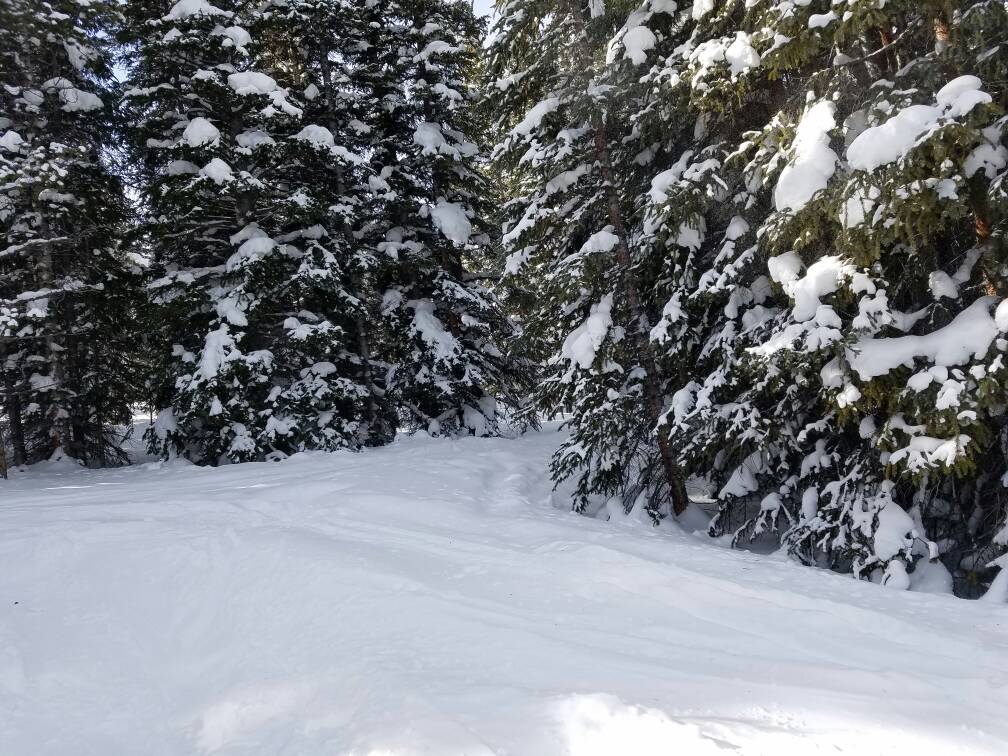 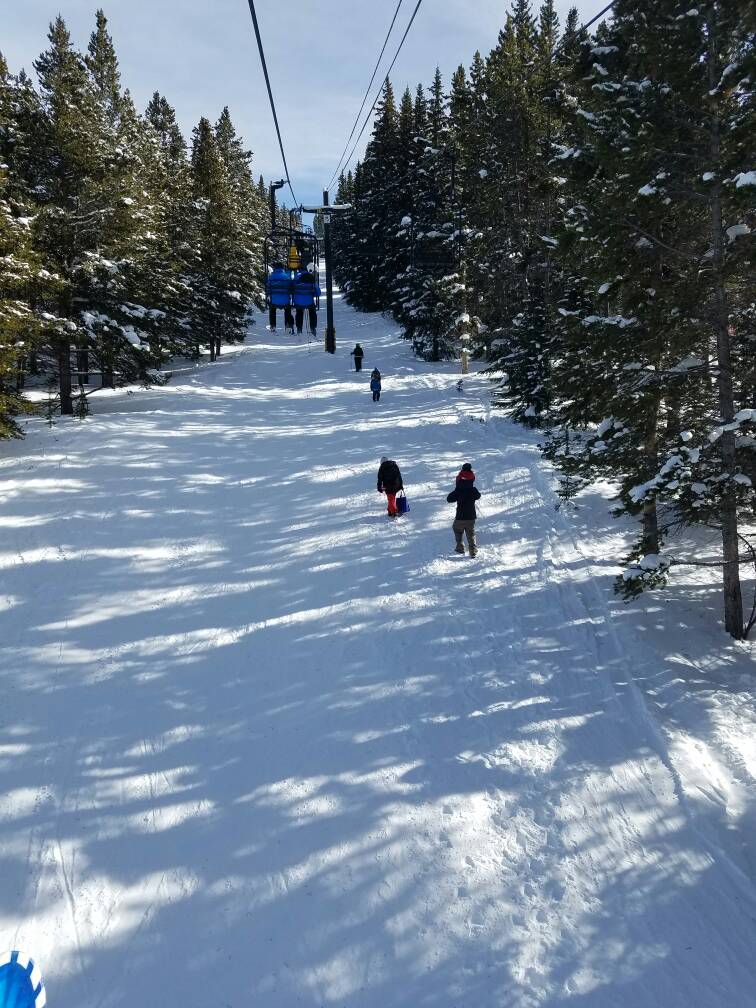 Pics of Chicago Ridge if you look closely you see some nice tracks. 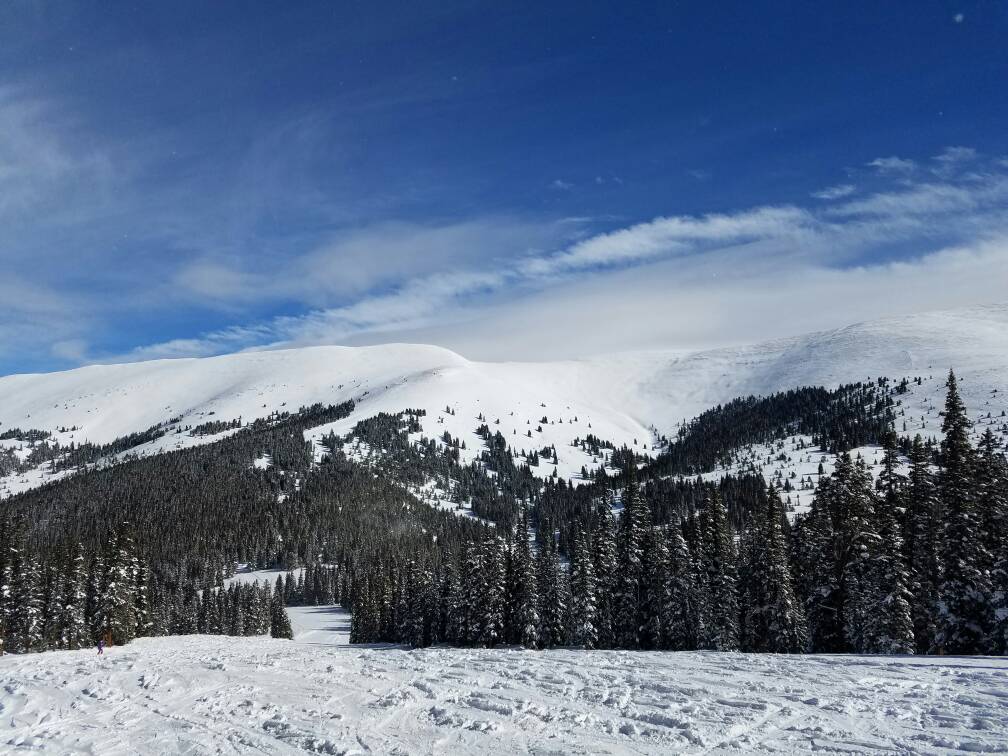 Pics from the drive 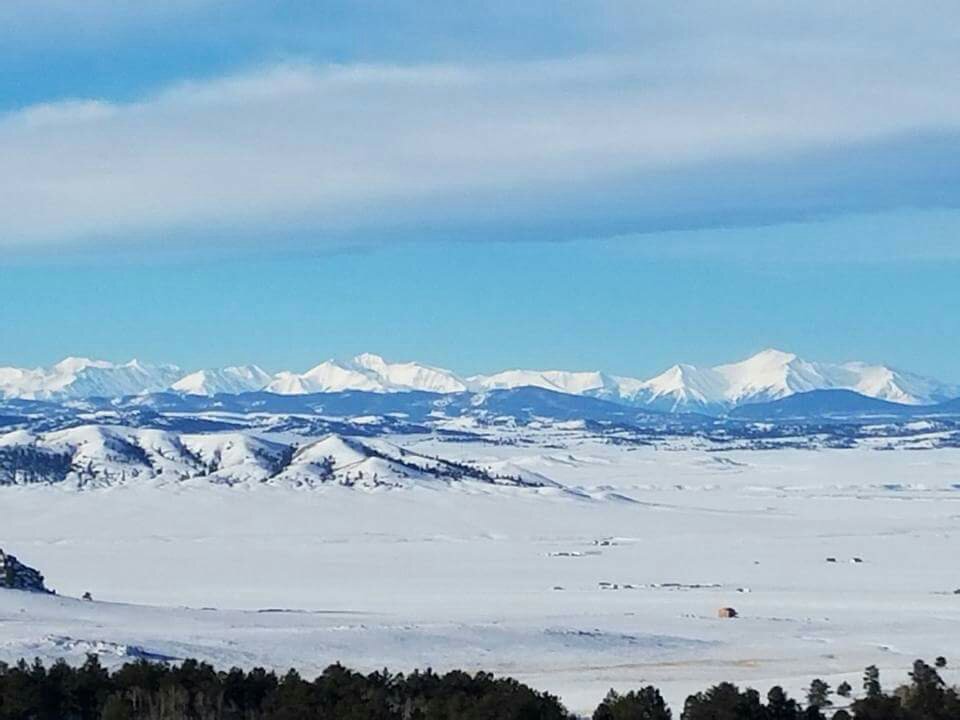 not a bad view!

Thanks for another great CO TR Dave, much appreciated. Cooper is Freedom Pass mountain, I get 3 tickets there. Is it worth burning a day in CO to ski there? Purgatory was a member, they no longer are.

Cornhead said:
Thanks for another great CO TR Dave, much appreciated. Cooper is Freedom Pass mountain, I get 3 tickets there. Is it worth burning a day in CO to ski there? Purgatory was a member, they no longer are.

It depends what you are looking for. If you want long sustained bump runs like A Basin has well Cooper is not the place. I like to mix things up so I might do a couple tree runs, then a few high speed runs railing edge to edge, then I might go looking for bumps and repeat. Cooper is crowd-less and quiet and views are great and the runs are fun for me. The best runs are off a ridge to skiers left - ski like you are going to Nightmare and the ski past it. It is small by Colorado standards at 400 AC. It is worth it to me.

is Cooper a day trip type resort or are there condos/hotels in Leadville? i didn't seem to find much.

gmcunni said:
is Cooper a day trip type resort or are there condos/hotels in Leadville? i didn't seem to find much.
Click to expand...

The nicest place we saw at least from appearances was Columbine Inn. The are several in Leadville though. For us it was a day trip.

Sent from my SM-G930P using AlpineZone mobile app
You must log in or register to reply here.