Destination & timing - My eldest daughter had just finished her semester abroad, and with a desire to ski in the Alps and see a World Cup race (preferably the woman) before she came home, that meant St Mortitz. At least there were no arguments about which ski resort to choose......

The trip - 7 hour flight to JFK-Zurich (8 back), very easy transfers to trains that have you arrive in St Moritz 3:30 later. Oh, and the train ride is amazing. UNESCO world heritage territory etc etc. People come here JUST for that! Why we don’t have trains to our incredible mountains (I70 route Colorado, LC and BC canyons Utah, Vermont, etc. We are idiots).

But it’s a long trip and if you can’t sleep on an overnight flight your first day of skiing could be painful.

St Moritz - is actually several towns and a variety of ski areas, with Corviglia the main mountain above St Moritz Dort (primary village with Gucci, Bogner, and the glitterati). So we stayed in St Moritz Bad (let the jokes start) which is very low key and can be reasonable. It is also where the main World Cup events occur (bib draw, awards, concert). The Cable car is also a more efficient way to access the mountain than the funicular out of the main village.

Corviglia is the more mellow of the mountains, though early season has more open terrain (several areas aren’t open yet, though from what I saw not due to snow). Corvatch, which was open, apparently has some great on and off piste steeps. But due to my schedule and the wind issues I didn’t venture over.

Weather - so you want a snow storm? Well unless you like skiing by Braille I don’t think so. 100% of skiable terrain is above tree line. White outs are NOT what you want. Can’t believe I was rooting for sun - my normal mode is snow, the harder, the better! Yeah, not here, at least not during a day you want to ski. Clouds and wind are also an issue. The point is, without any “trials” through the trees as an option, the skiing is very exposed to the weather.

It’s no wonder St Moritz has always been a popular destination - it boast a high number of sunny days.

Off Piste - Well, tons of “near” off piste that you can see from lift/trail, see people ski, and is very (and safely) poachable. Beyond that buyer beware. I saw from the lift three guys head into a slope-width chute that looked so doable. Told my daughter I wanted to ski that! First guy gets halfway down, it slides, he seems to ski out of it but gets caught, is OUT OF SIGHT for a bit in the midst of it, then emerges and walks out (needing a diaper change no doubt). Meanwhile, his buddies were still contemplating a ski down or a hike up bail-out when I lost sight. You have heard about guides, right?

Food - I know this is not the highest priority of this group, but wow. Freaking wow. I mean beer, fondue, bratwurst, etc. slope side at 8,000’ in old Alpine stone buildings?

Conditions - Early season snowfall in this part of the Alps has been above average. The big Mediterranean storms that caused flooding in Venice produced copious amounts of snow in St Moritz which benefits from southern flow upslope. 75% open, and most of what wasn’t open looked to be close. Even the village had a snow pack of 2’ or so. Solid coverage. Great snow. We lucked out.

Lift lines? How do the oh so efficient Swiss not know of a lift line corral? Chaos. Only thing I can think of is that there really are, usually, no lines? In fact other than over the weekend, and primarily at the lift near the World Cup race, there were no lines. But this was also preseason.

Recent snowfall Thursday/Friday made Saturday beautiful packed powder with a few shots of near off-piste powder. Partly cloudy and the winds that shut down western slope mountains didn’t arrive until late. Super G day so we spent time watching from various spots on course, as well as in the finish area. These girls are fast! Highlight was Alice Merryweather coming in a solid and very psyched 20th. Mikhaela was 3rd, just .13 back.

Sunday was a blue bird day to start. Overnight wind had eliminated any thought of off-piste so my daughter and I hit the cruise control on perfecto groomers. It was also the parallel slalom so we spent time in the finish area for both sets of runs. Wow that event involves a lot skiing! With Mikaela sitting this out Petra won. Highlight was UVM student Lawrence Saint Germain coming in 5th (she’s Canadian). Nina O’Brien had a good showing too, both days actually.

Mid day a mid-mountain cloud arrived causing extremely limited visibility for say 400’ vertical. Luckily this was below the shorter, high mountain lifts (and above the race) and it wasn’t present in the lookers right (Eastern side) bowls and peaks. But it (and the wind) proved that these mountains are very weather susceptible with no below tree line skiing. It did teach me to ski trail marker to trail marker.

Monday I was solo and stayed with Corviglia for empty groomers and 31,500 vertical and still was back at hotel at 2 to meet my daughter for some shopping (Chocolate for me). 100% high speed lifts. 80% covered, with tons of bubbles. No people. Lots of high speed turns......

Worth it? Yes, even putting aside the father/daughter bonding. It was a bit too short given travel but that was circumstantial - if your going for 5+ days of skiing it’s way less of an issue. BUT the payoff highly depends on your interest in the culture, history, food, uniqueness of the experience etc. If you ONLY care about skiing skiing skiing, and nothing but skiing, go out West and save the time (and arguably have better skiing, especially storm skiing below tree line).

Note pics are in reverse order of occurrence. So scroll down to first pic of train ride, then scroll up..... 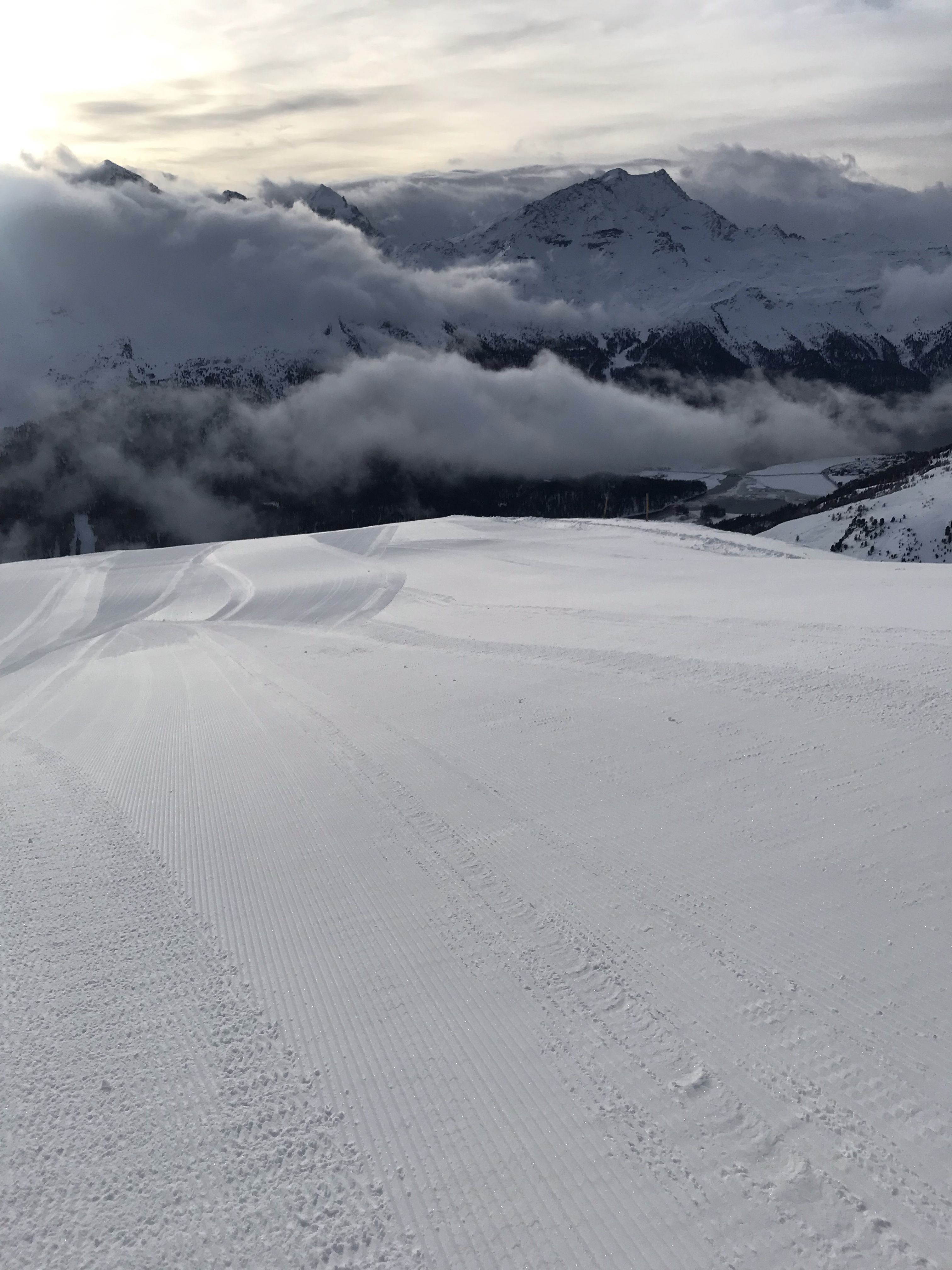 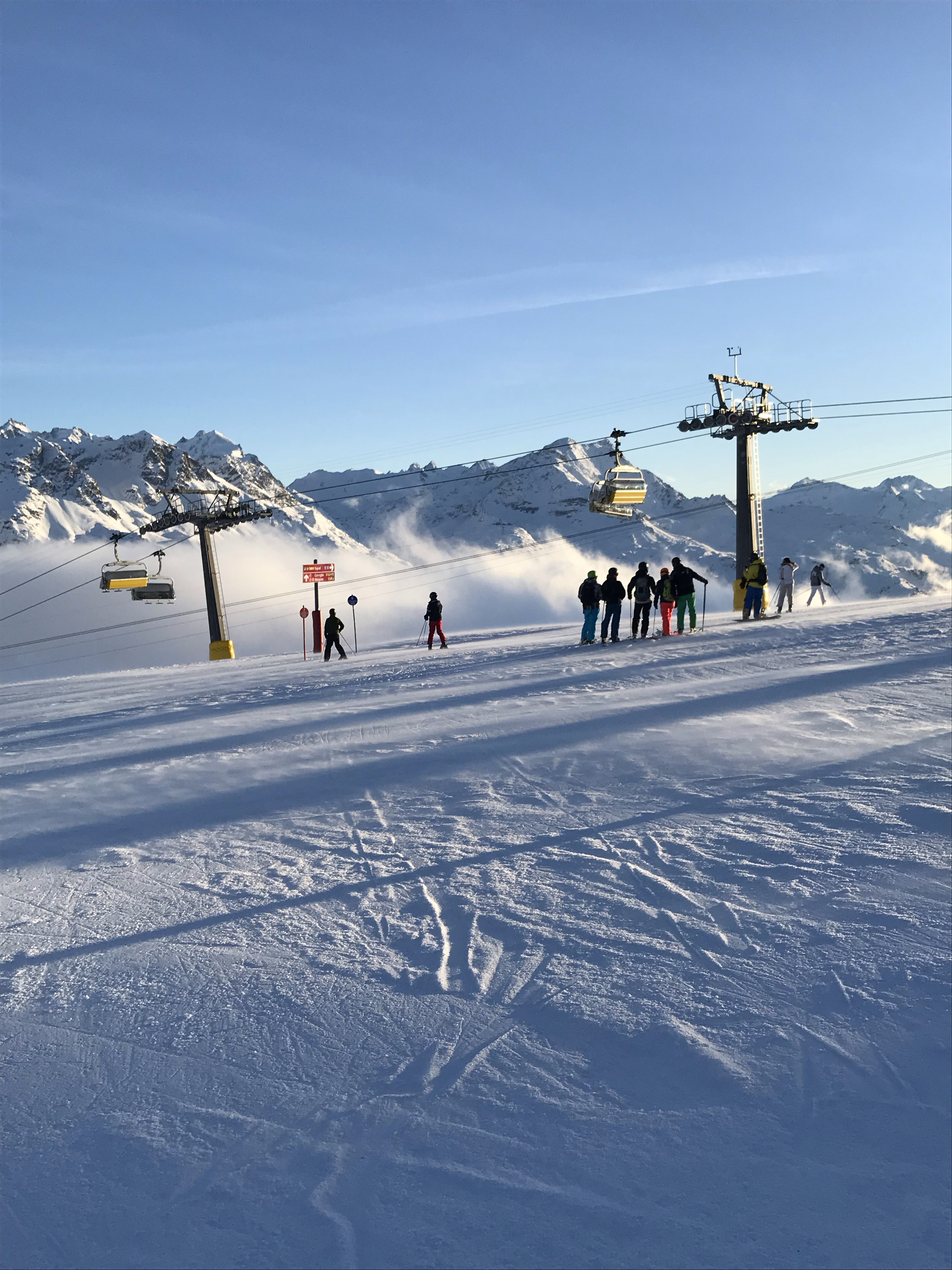 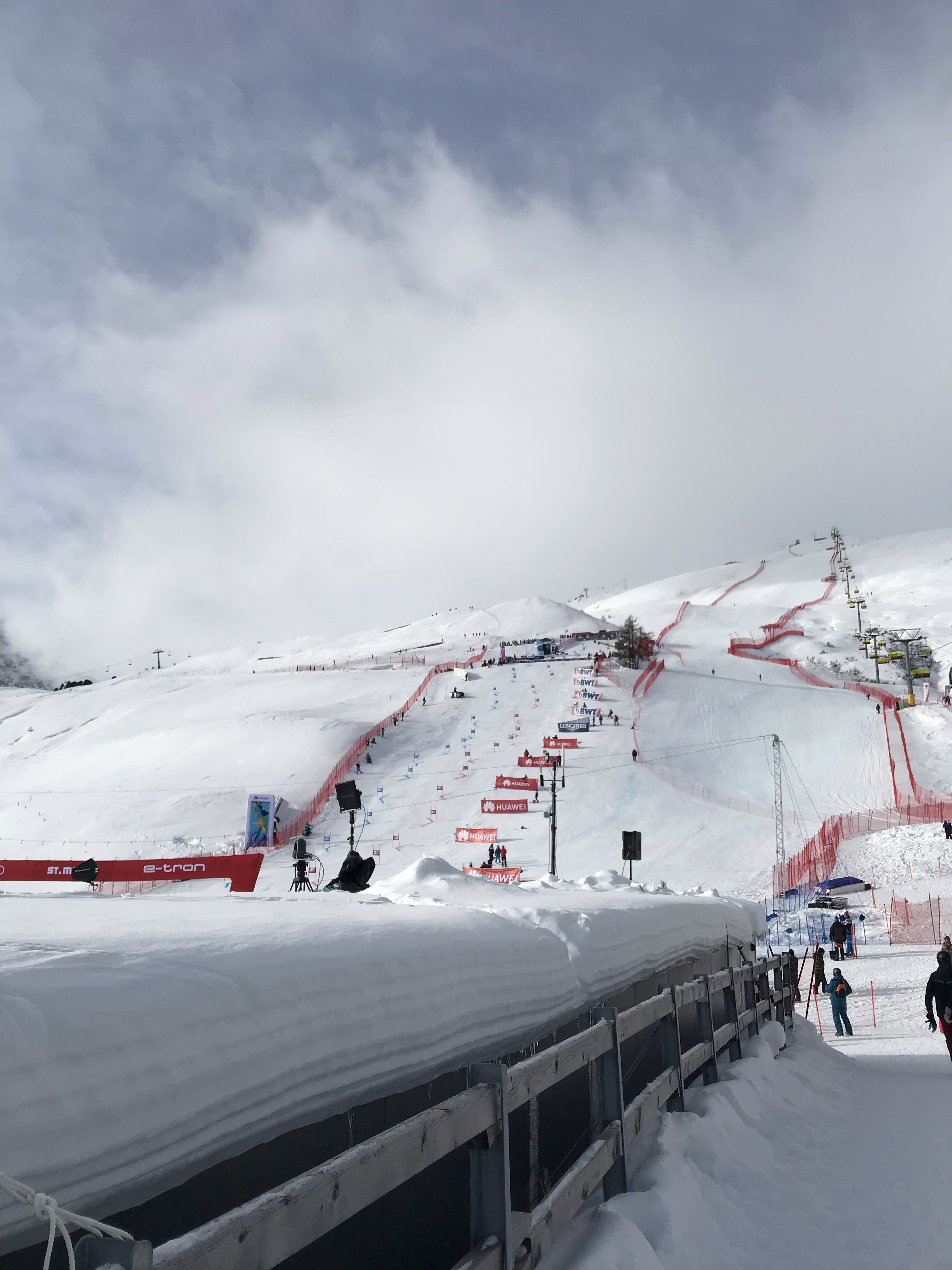 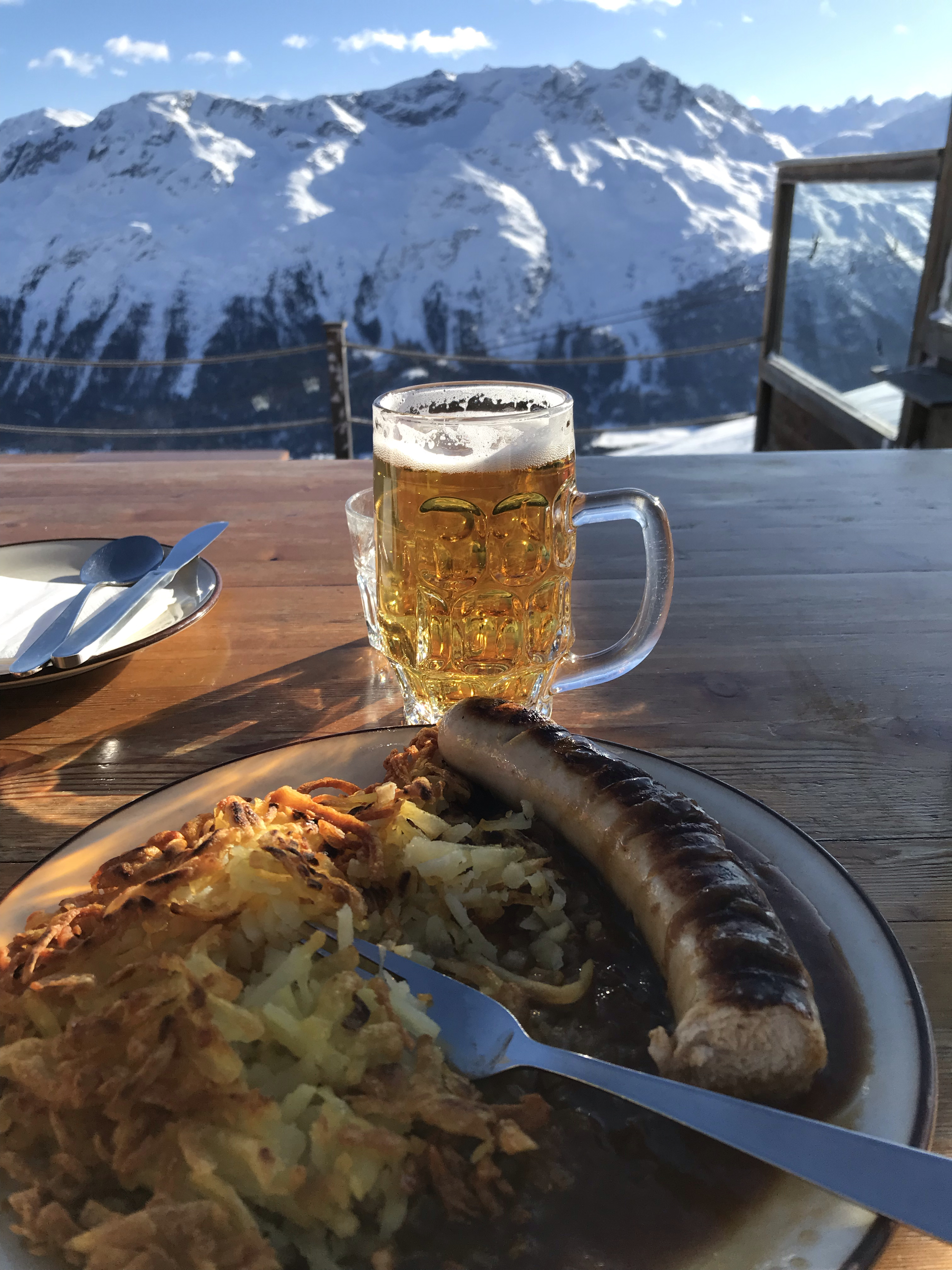 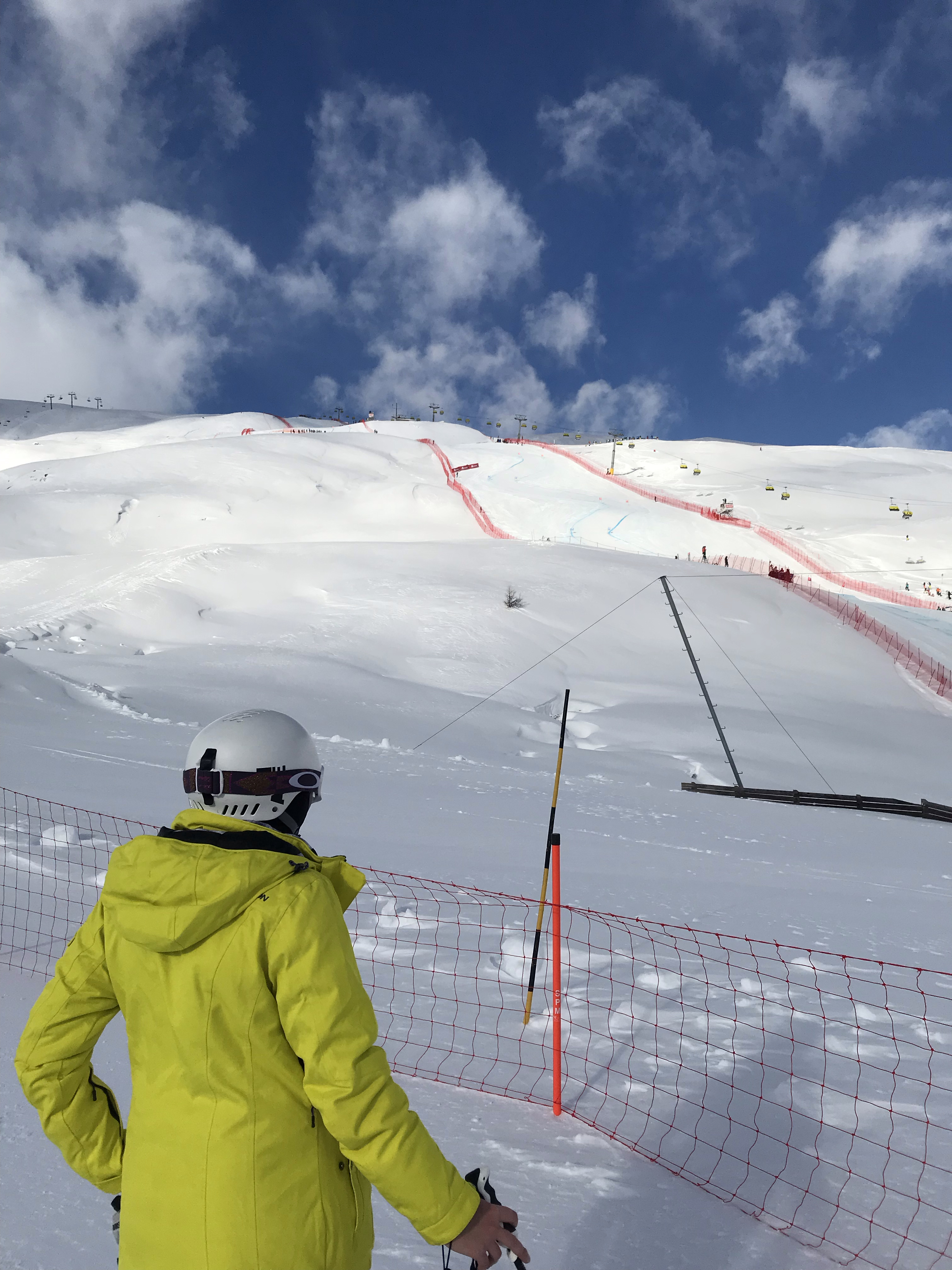 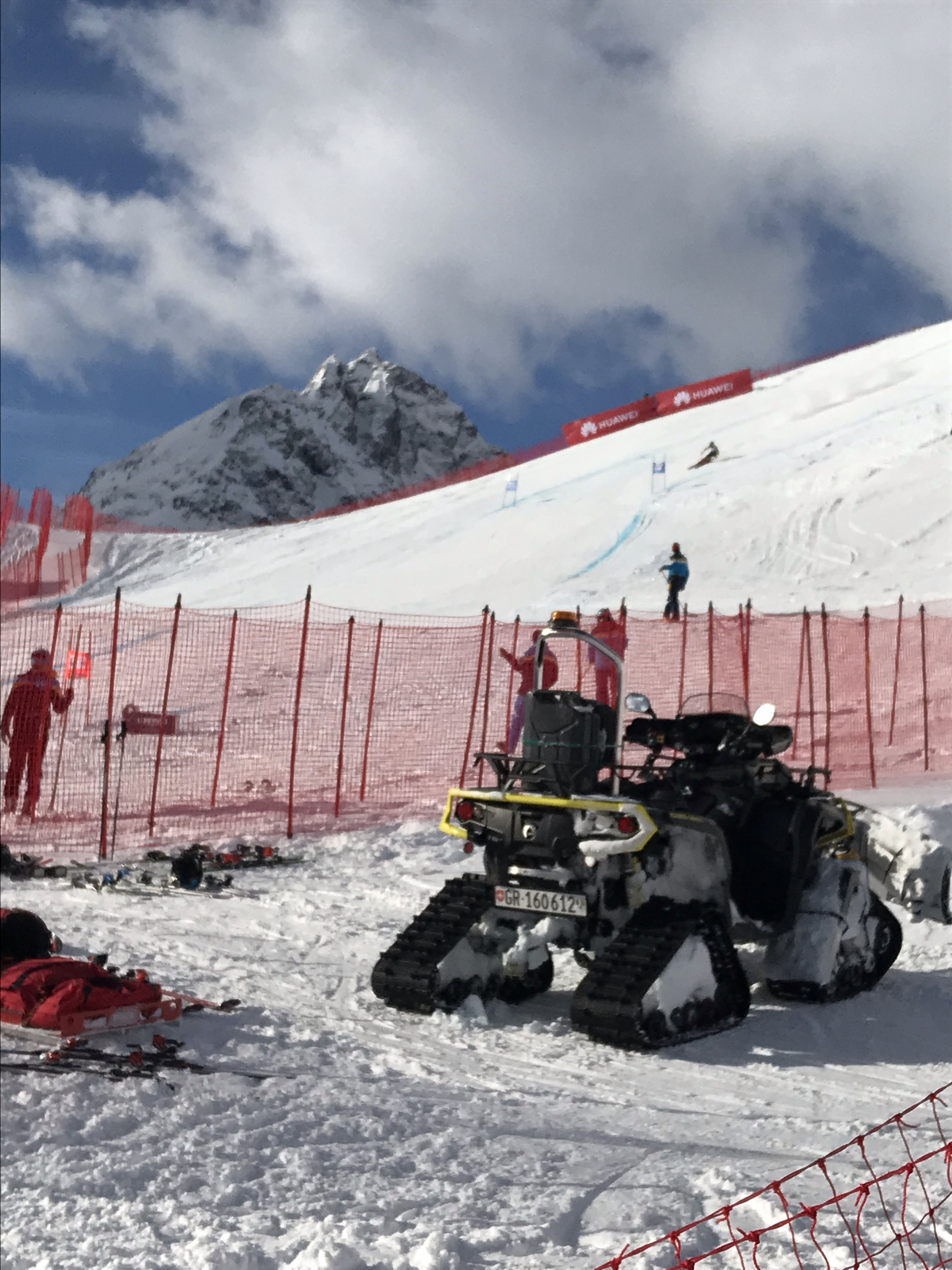 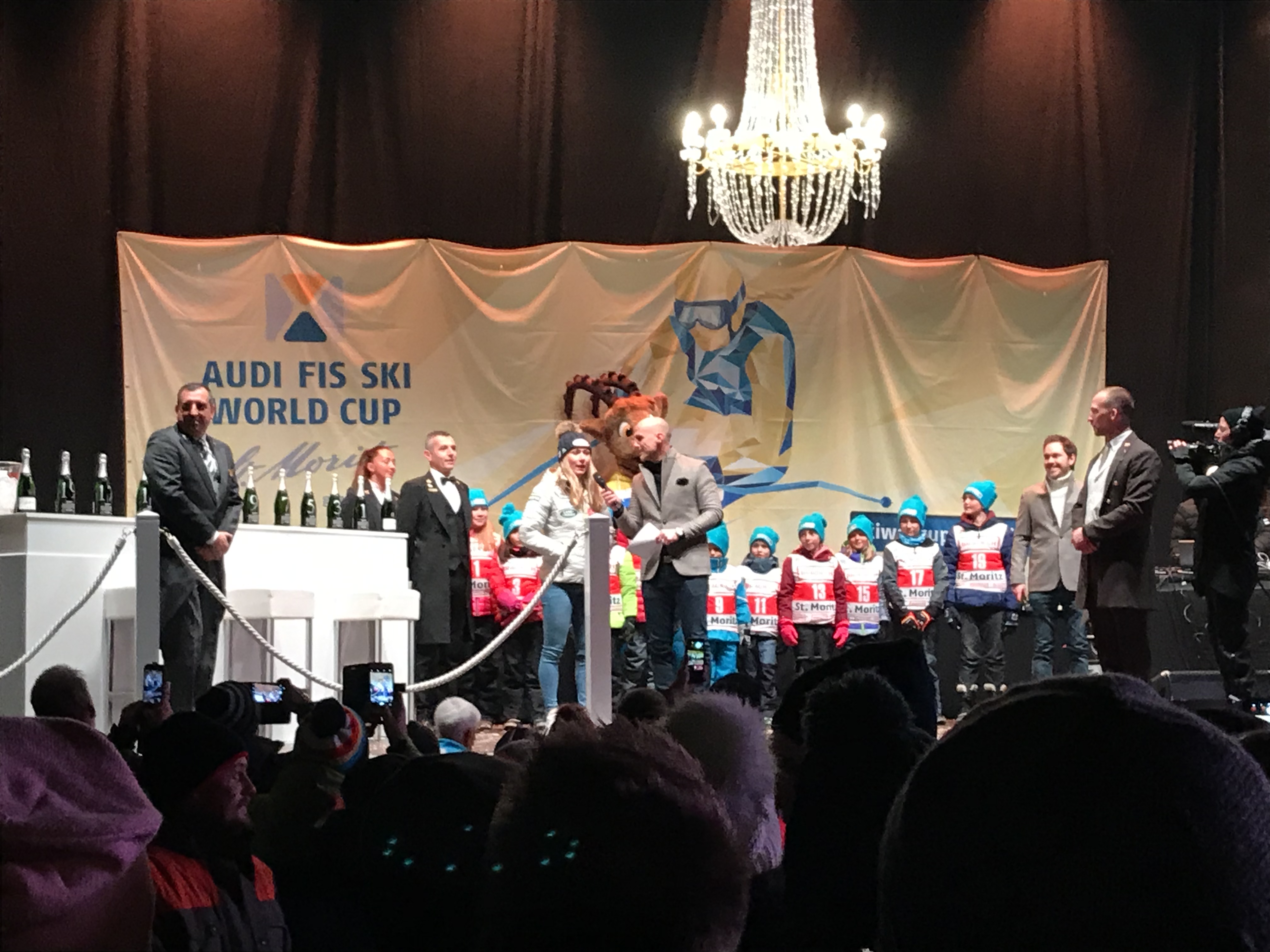 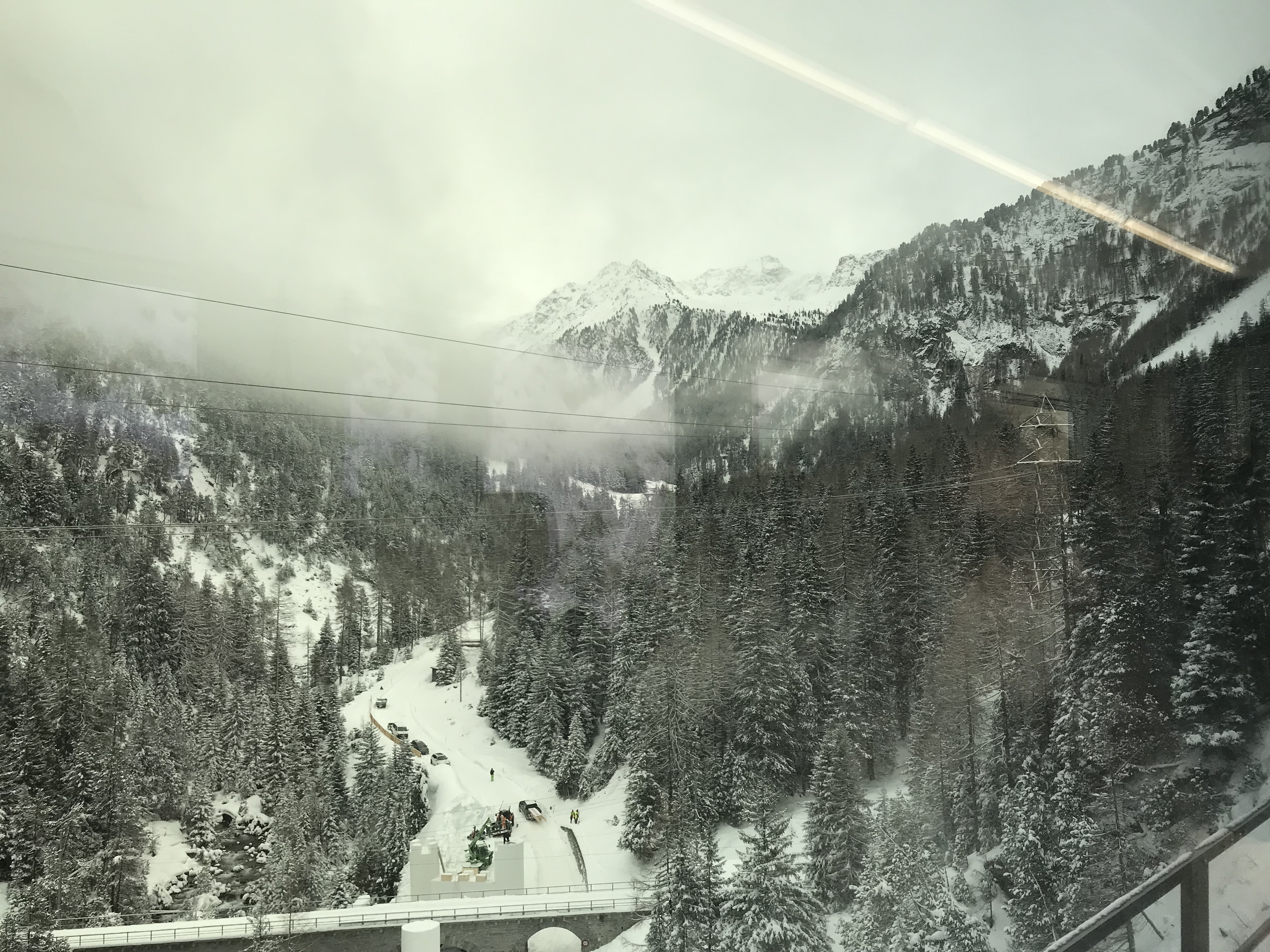 Sent from my iPhone using Tapatalk

Awesome TR and brings back memories of our stop in St. Moritz in 2017. We went near the end of their season and the folks in the village were all pretty fatigued and cranky (they had just held the FIS race a couple weeks earlier).

Agree that the trip is long but easy.

RhB's Albula line is simply amazing. Doesn't look like the sledging (sledding) run was open from the top of the pass down to Bergun. I highly recommend that folks check that out.

And beyond St. Moritz there are TONS of local ski mountains that are relatively big, cheap, and friendly but unknown! You rode right by one about 1 hour south of Zurich--Flumserberg. https://www.flumserberg.ch/Winter-en/Home-en

Great guide and pictures. Thanks so much for posting!


Sent from my iPad using Tapatalk

Wow, I don't expect to ever ski in Europe, but you make me want to consider it. Great TR, thanks.

Way to do it! Where did your daughter study?
It's been about 15 years since I skied the Alps. I had a good time skiing and really enjoyed the scenery, food, and cultural stuff too.
S

jimk said:
Way to do it! Where did your daughter study?
It's been about 15 years since I skied the Alps. I had a good time skiing and really enjoyed the scenery, food, and cultural stuff too.
Click to expand...

She was at DIS (Discovery in Scandinavia) in Copenhagen. I was able to visit her there too and its a great City.

Just seeing this now...great pics!
You must log in or register to reply here.