We just spent 2 days last week skiing at Brighton ski resort. Utah had a few feet of snow around December 15th but it had been try since then. Fortunately, the temperature has been cold and the snow was pretty well preserved. There were soft snow almost everywhere on 19th. It got a bit worse on 21st, especially in the trees where snow became sticky, but it still was very good condition by east coast standard. With abundant early season snow, the entire mountain was open by mid December, which was impressive.

With entire mountain open, we were able to ski most of the trails in 2 days. All trails off great western lift had good snow. There were rocks out there but all of them can be avoided. Our favorite Reins Run, which has good snow and sustainable steep pitch. The middle mountains were more crowded, which we didn't spend too much time there. There are few good tree runs - hard coin, sawbuck and wren hollow. On the Milly side, because of many big rocks and cliffs, the snow coverage is not as good as the rest of the mountain. Milly bowl was open, but many chutes had to be side stepped because of the rocks in the middle of the chutes. So it is not nearly as good as late season.

Overall, we had a lot of fun. Short video here. 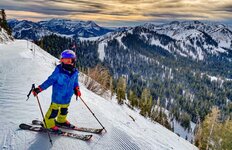 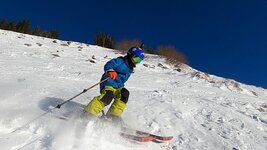 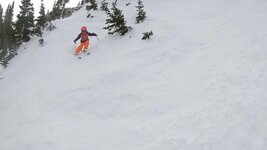 Nice! You are raising some excellent young ski buddies!

Always love watching the little ones out there. They have no fear. Thanks for the TR!

Nice pics and video. Brighton IMHO is the most underrated ski area in the Wasatch.
S

Thanks. They are fearless and learns fast.
S

thetrailboss said:
Nice pics and video. Brighton IMHO is the most underrated ski area in the Wasatch.
Click to expand...

Agreed. Outside of Alta Bird, Brighton is our favorite in the Wasatch. Great Western and Milly lifts never got too crowded.
You must log in or register to reply here.