Left home at 6:30 with the intention of arriving in time for first tracks, but with the roads still greasy near home as well as on Rt 9 where it had stopped snowing for hours (VTrans is wonderful) I arrived just after 9. Booted up quickly, quick ticket line, and on the Bluebird at 9:15.

I decided to "warm up" with Challenger, which kicked my ass. I've only skied groomers so far this year and my legs weren't ready to open right up with bumps, powder, ice, and whatever else was on the trail. Still one of my favorite trails, it's like a piece of Castlerock got pulled 100 miles south.

Spent the next 2.5 hours lapping North Face. Hit everything that was open (and then some). It was apparent yesterday's snow had settled into a nice base, with only the 5" on top serving as powder. So there was no bottomless powder, but everything was as soft as you can ask for. Later on it started to get skied off in some areas, especially with the wind whipping straight uphill at the top of the triple. Not many people on that side, so a really fun morning. Trials are nice and filled in, although they should probably clean it up at some point - fallen trees everywhere. Next door, Olympic skied nice all day though it's hard not to hook a left into the woods, so only a couple runs there. Freefall and Chute got slick later on but still a lot of powder to be found. Everything else was slightly less skied and were fun into the afternoon. Hit the woods skiers left of Plummet at one point and there must've been 60 people in there at once. With the sun coming out early and temps just right, it was a great morning.

Around 11:45 I decided to head to the front for lunch. Took Uncles which was nice and soft and almost deserted. It's a lot longer than the map makes it appear, really fun gem on that side. Upon arrival at the bottom, I found where the crowds were. Lift corral for the Bluebird was almost full. Got through the single line in 5 minutes and headed up for a run down Shootout. Another fun ungroomed natural trail, also bushwacked through some nice lines in the woods. Popped out onto lower South Bowl which still had many unskied areas, but that 23" of powder was very windpacked and stopped you dead.

After lunch I went back out to no line for the Bluebird. Figured I'd try to get a couple front face runs in while it was dead. Hit the trees skier's right of Ridge which were nice and soft, even found an untracked line just inside the woods from the trail. Sometimes the things you seek are right there while everyone looks deeper than they need to.

Line had built back up at Bluebird so decided to head back to the North Face for a while. For some reason they switched to the other triple chair. Made it easier to lap Olympic and the Trials, but made it a pain in the ass to ski anything else over there and made for a long slog back to the summit afterwards.

Around 3 I went back up front which had just about cleared by then. For some reason I decided to take a nice cruise down Long John. Not many people on it and it was perfect packed powder. Only groomer I skied all day but it was nice to relax for a run. Hit Ledge next which was tons of fun and well covered. Reminds me of Fox's Folly at Burke with no lift. Perfect day to ski it. Had a lot of people on it but just held the snow really well.

After a repeat in the Ridge woods, I wrapped up the day with Lodge. Legs were cooked and that's one long liftline run. Top was all whales to jump around on. Kept going into Pat's Pitch which was pretty bad. Can't believe that was open instead of 20 other trails they could've dropped the rope on. Made it through unscathed and headed to Cuzzins.

Glad I decided to grab a day ticket (was $52 online yesterday, worth it). Could've gone to Killington on the pass who also opened some naturals, but there's no way they were skiing as nicely. Hope this snow sticks around a while although looks warm next week. 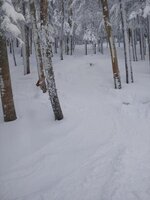 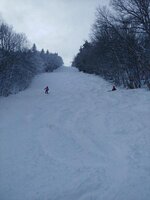 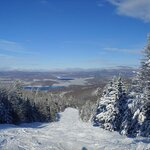 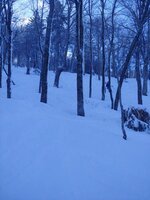 Sent from my SM-G935U using Tapatalk

Very good report Zand, thanks! Should be there on Thursday.

Hope to be there Saturday

kingslug said:
Hope to be there Saturday
Click to expand...

ScottySkis said:
We the AZ community needs u
I see u post and come here in last year's
Then the person who supposed to that
And AZ is mostly falling apart
Click to expand...

It's nice to be needed I suppose! :smile: Hard to believe that I started this site almost 21 years ago. Pretty cool that it's still even going.

Greg said:
It's nice to be needed I suppose! :smile: Hard to believe that I started this site almost 21 years ago. Pretty cool that it's still even going.
Click to expand...

Make me a Super Mod I'll turn this place around whippity-snap (that's the sound of a whip). I'm pretty sure DHS and JimG would be happy to do my bidding

Nice report Zand... I failed to take pics the day before, the phone batteries were suffering and too much extreme winter conditions to bother anything but skiing.

I would have to admit Tuesday looked slightly even better (and sunshine too).

You're up 1 day vs me so far, I was gonna go to WaWa today but the kid is sick. Might do Catamount or WaWa tomorrow. Don't slack or I'm gonna pass you up!
T

Great report thanks for sharing. I'm looking forward to trying Mt Snow one weekend this season, it looks pretty good up there.

bdfreetuna said:
Might do Catamount or WaWa tomorrow. Don't slack or I'm gonna pass you up!
Click to expand...

Drove by a bunch this summer only an hour away for me. New improvements look good. Going to ski there a day mid season.

Drove by a bunch this summer only an hour away for me. New improvements look good. Going to ski there a day mid season.
Click to expand...

I like Platty's terrain a lot better than Catamount, even with baby Catapult that they just put in. Only I'm not sure how much snow cover there really is at Platty.

Sent from my SM-G935U using Tapatalk

I'm down for that.


Sent from my iPhone using AlpineZone
You must log in or register to reply here.