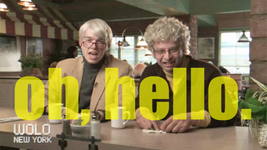 i hope you all had a nice summer.

i'm considering the indy pass for bolton/magic in lieu of a ski vt 4 pack, but im not sure if i want to spend any days at berkshire east and catamount. never been to either. how would they compare to a platty or a belle? i am intrigued by some on-pass days at places i can hit for a quick day trip on the rare winter weekend with life responsibilities keeping me out of vt.

i got black crows corvus for under $500 last month in a nice sale on evo. theyre sitting in the corner of the room. on the hunt for a good deal on some look pivots for them. 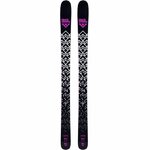 Got mine today too. Planning on a 4-5 day Colorado jaunt...couple days each at Winter Park and A-Basin and, yes, a day at Copper mainly to check out the new back bowls lift. And then a week of Cottonwoods goodness.

Going Ikon only in the east for now (plus a Wachusett pass which I didn't use once after Christmas last year so not sure why I bother). The Fox44 passes dropped to $80 around the first of March last year and I would consider jumping on that this year if it happens again. Cannon, Burke, Magic, MRG, Bolton, Smuggs, Gore, and Whiteface all for 80 bucks, yes please. Jay is 50% off with a Wachusett pass so I'll have to scratch that itch at some point as well.

Also, Berkshire East is kind of a weird place to describe. It's definitely a gem by MA standards, but at the same time incredibly overrated by almost everyone who reviews it. It's really 900 vertical, not 1180 or whatever they list it as. The top is steep for a decent section, but otherwise it's full of meandering trails. There's a few trails off the top (Liftline, Jug, Minnie Dole, Beast) that almost remind you of something that's 1/5th the size of Castlerock. They're a blast to ski when the snow is good (rare) but something about only having to drive 90 minutes (for me anyway) makes them seem better than they probably are. They had pretty damn good glades but the bike park has pretty much destroyed them. Old school lodge/bar.

Coming from NYC, maybe worth a stop for you on the way to VT if we get a Berkshire Special storm at some point. It definitely has a Magic-esque feel to it, just half the size.
Last edited: Sep 23, 2019

KustyTheKlown said:
i'm considering the indy pass for bolton/magic in lieu of a ski vt 4 pack, but im not sure if i want to spend any days at berkshire east and catamount. never been to either. how would they compare to a platty or a belle? i am intrigued by some on-pass days at places i can hit for a quick day trip on the rare winter weekend with life responsibilities keeping me out of vt.

Catamount and Berkshire East are smaller than Belleayre and Plattekill by a good margin. They both are entertaining though for a couple days a season. Catamount is cutting a lot of new terrain this year including a new double diamond trail that runs parallel to Catapult, another one of there "expert" trails. It's solid VT single-diamond pitch for 500 vertical feet (I feel it mirrors the lower headwall of Superstar at Killington in pitch, length, and width). They also leave moguls on a few trails or trail edges (notably Glade, Catapult, and Off Stage). Hopefully with Catapult and the new trail next to it they dedicate one of them to bumps full-time. Catamount also skis larger than 1,000 vertical as the trails are very twisty for the region rather than straight down the fall-line. However I have probably 20 lifetime days at Catamount and have yet to find any tree skiing.

Berkshire East is overhyped, imo, but still a solid place to ski. If the trees are in-play I choose Berkshire over Catamount but that's very rare. Both mountains are a tick under 1,000ft vertical and with Catamount's expansion they will probably be similar in acreage. If you look at the lift profiles at each mountain (rise and run) they're almost identical in steepness. You're in Brooklyn, correct? Given typical conditions at each mountain (snowmaking trails open and limited natural snow) I could justify 2 hours driving to Catamount easier than 3.75 hours to Bekshire East, if I was in your shoes.
S

2 hours to Catamount.
Nearly 3 to Platty.

Zand said:
GThe Fox44 passes dropped to $80 around the first of March last year and I would consider jumping on that this year if it happens again. Cannon, Burke, Magic, MRG, Bolton, Smuggs, Gore, and Whiteface all for 80 bucks, yes please.
Click to expand...

That's nuts. Never heard of that before. Do they do that every year?

Hmmm, wonder if they'll be send me new passes. We pick ours up in the spring at Squaw. Did you guys have Ikon passes last year?

i did have ikon last year. they sent new passes. they have different color scheme/graphics than last year.

the champlain valley card is a good call. i recall it dropping to low prices late in the season both of the last two seasons. maybe a better bet than the ski vt or the indy. i dunno. a little torn.

mgalluzz said:
That's nuts. Never heard of that before. Do they do that every year?
Click to expand...

Only the last few years, because they overpriced them. There was a price increase, but the bigger issue is the "mix" of mountains became less favorable. So two years in a row they had to blow them out cheaply about a week or so into March. It used to be my #1 favorite S.O.T.C. deal, but I dont think I've bought it in at least 3 years. And each of those years I warned the person running the program (it changed) that they were overpricing it, but they didnt listen. If they dropped the price on it modestly, it would once again sell out quickly as it always used to.

Berkshire East is fun. It's about an hour and 20 away from me. It never seems too crowded even on holiday weekends. There's some steep stuff at the top... and some other fun cruisers. Worthwhile for something different. Never been to Catamount, that's one of my get to's this winter.

mgalluzz said:
That's nuts. Never heard of that before. Do they do that every year?
Click to expand...

Zand did the math right... last year I used this pass at Cannon, Bretton Woods, Burke, MRG, Bolton, Smugglers Notch, Gore and Whiteface. Somehow missed Magic last year, a deviation from the norm I probably won't repeat, but I follow the snow regardless and the timing wasn't right.

FWIW I've spoken to Fox44/MyChamplainValley sales representative and, assuming it goes on sale for $150-$180 at the opening rate, I expect to purchase two of them right off the bat (one for wife).

Theoretically one could use most of these passes beginning in March and save $$, but I prefer starting my ski season with as many affordable options as possible. Living just south of VT on I-91 the following offers me amazing versatility in my last-minute planning.

Fox44 Card + SkiVT passes + Ski and Ride NE Card should do the trick. Will consider Freedom Pass after attending Boston Ski Show in early November. Probably won't though as I'm looking at a ~25 day season with a kid turning 2 years old in December. Ski and Ride NE Card puts places like Killington and Jay Peak (and maybe Mount Snow again) in play, many others as well. SkiVT passes are only really needed for Stowe, an extra day at MRG, maybe a day at Bromley and Stratton when I don't feel like driving.
Last edited: Sep 24, 2019
You must log in or register to reply here.