Now I can say it, Saddleback is back in the saddle again and on the trail.
Since I'm retired, over 65, I planned a coronavirus avoidance strategy par excellence! The plan: midweek skiing at Saddleback, monthly, rent a place I can live and eat by myself. I've waited my entire career for this time to come. Now it's time to reap the benefits...

I was first up in January, was back again last week and will be back in early March and perhaps again later in March. The place re-opened with some strong financial backing. More snowmaking, new HSQ. The area has been blessed with with below freezing temps since late December, so every inch of snow that falls counts. It's been open wall-to-wall, including designated and undesignated woods. Midweek brings with it some perks - easy parking, zero liftlines, actually no lines for anything, chance to chat with the Andy President who generously makes himself available. There are so few people that you can actually sit in one of the twenty designated tables in the remodeled lodge to warm up and still feel really safe. Food service is there with a broad , but never another customer in sight. An outdoor bar (click off your skis, walk 30 steps and grab a brew), warming huts, full ski shop where I was the only customer, but only five are allowed at a time and a full-up rental center. It doesn't open until 9 midweek, but most people never last a full day.

There wasn't a single trail to complain about. With a couple inches of snow every day or so, it's another foot every week. And it stays powder or packed powder. Almost never saw another person on the same slope as I. As much as I generally abhor crusty groomers, they were a joy to be on. Edge-able, quiet and fast. the beginner area is entirely segregated, downhill from the lodge, with its own lift, expansive, perfect, long slope grade impeccable grooming, gives you ample opportunity to progress on predictable terrain without fear of bombers behind. They have carved out some small-ish trails, slightly wooly trails to the side of the main beginner slope for those who are ready to push their bounds but not ready to commit to the big stuff. On the big mountain, the groomer trails were wonderful, no scratchy areas where skiers scrape everything off, you had no concern where you were on the trail, inside, outside, on curves.

Saddleback is also one of those places that has preserved its early trail design - only a couple trails that are wide, boulevards straight line bulldozed to the bottom (a seeming concession to the fussy skiers with a different definition of perfect). Most trails actually turn, bank and dip, following the natural terrain. Every curve is another unstressed discovery or adventure. Having skied here since the early 80's I can say that things haven't changed much in terms of trails, other than generous snowmaking and grooming.

I love natural trails and woods. Casablanca, set far off from the most popular trails, past the zone of double-blacks, is the largest glade of mature trees, amply spaced, of persistent pitch and length to leave my old bones weary after each run. It's intentionally an arduous hoof to get to them from the ridge trail, but once your there, it's a dream - many ways to go, nothing death-defying, just pure glade skiing. Of course there are bumps, but not near the size of what is found in the busier places of New England.

The other named glades are closer to the mother ship, get more wear and tear, but were still a lot of fun. Don't think lower elevation means the glades are easier. One was so knarly that I wished I was back over on the double-blacks! There are some "beginner glades" near the base, but I didn't go there. Lastly, all the other inbound woods between trails are lovely to ski as well. But it didn't matter where you skied midweek at a just-reopened area a long drive from anywhere, the place was your own.

It is remarkable how many all-natural (no grooming) trails they have. I'm sure it's well over 25, top to bottom. And it's remarkable to find so many natural trails in what I call "early-stage" natural mogul growth. I'm getting wound up just writing about it.

Maine is the only New England state to make it easy for visitors to get covid tested, and at no charge. Make a Walgreens appointment, go to the drive up window, continue on your journey, get an email with your results a few hours later. ditto for way out.

And to go there, the pricing is reasonable (some call it cheap). Everyday pricing, no discounting or other games. Both passes and day tickets. No need to game the system with some multi-area pass, no need to purchase in advance. Yeah, you can go to Sugarloaf , not much farther, but the locals say the conditions are much better at Saddleback, and it's been very crowded at Sugarloaf. Food and drink both at the lodge and in-town are significantly less expensive than the name-brand areas more south.

So where's the catch? There are a couple things you do need to compromise on. First, it can be damned cold at times, especially in January and February. It was five below last Thursday morning, but it did get up to 20. It's also a long ride from anywhere. Probably not the best choice for young families with limited time coming up from the south. Finally, the investment company has stated that their average investment period is seven years, at which time they cash out and move on. So seven years from now, after all their upgrades and expansions the market price is going to be so high that only the biggest operators can afford it. It will get managed by a corporation and turned into a "resort" with prices to match. So if you enjoy skiing more than luxury living, you've got until 2028 to experience "skiing as it should be". 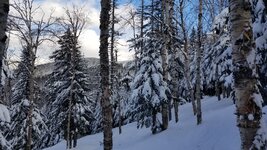 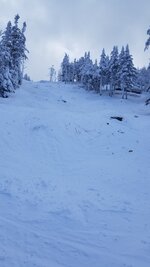 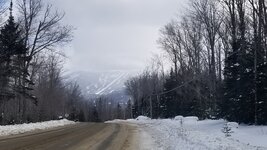 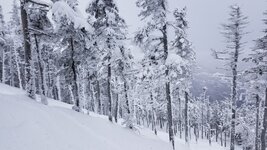 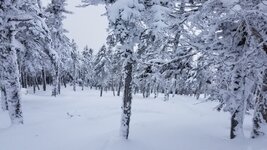 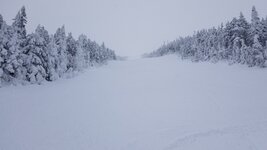 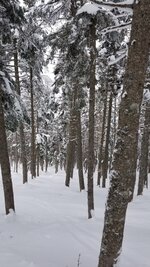 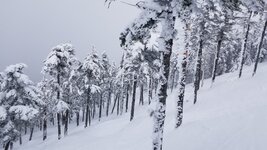 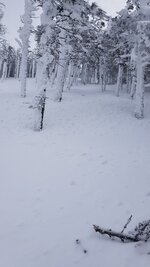 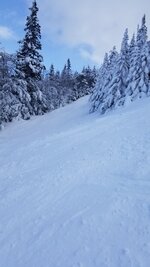 Looks great. Gotta get up there at some point. A powder day up there would be awesome for sure.

to your last point - I’m not sure why a major player would buy it just from a strategic standpoint. Is a destination resort even if built up with the proper amenities? Does it attract enough day trippers to make it valuable as a feeder?

can it attract enough skiers to make it long term viable on its own?

Great report, thanks for posting. Welcome back, hope you stick around!

Looks great. Plan on next season for sure, long shot for some spring turns this year.
B

Great report. I do hope that the new management has enough money to survive this season. I don't know how they're doing on weekends but from the this report it sounds like the place is kind of empty during the week.
If the travel restrictions to Maine get lifted, I'd love to catch some spring skiing there.
F

your fingers musta been freezing off for these great shots Bill

Nice report, incl pics...as always, from Maine's western mtns Billski! The short mid-winter warmup hasn't seemed to have materialized this winter...as in others......a nice respite.
You must log in or register to reply here.