What we know right now:
1.A storm will be tracking across the Southern US bringing plenty of gulf moisture with it.
2. Energy is streaming across the northern jet stream and if it arrives at the right time, it will help guide the low up the eastern seaboard.
3. Cold air will be limited, snow will be most likely confined to north and west of 495 (Not that there's a problem with that:-D) If the coastal low does form, the possiblity a cold backside band could deliver snow to the Metro area.
4. The Euro and the GFS have been 75% onboard with this storm occurring, but there still is high uncertainty.

What is still uncertain
1. Will the two pieces phase in time. If the northern energy races down to the Great Lakes region too fast, the cold dome behind it will push the southern system out to sea. If this occurs there obviously will be no widespread snow (There will be up-sloping in the Greens due to the cold blast just after T-day however)
2. How strong will the storm get. Some model runs have been indicating a strong storm dumping a foot plus over the interior, all the while forming a cold sector on the backside, dumping an additional half a foot on ski country and allowing snow to reach the Boston area. Other solutions are saying that a quick slug of mousture could stream into the area delivering a quick punch of heavy wet snow, around 6-10 inches. This would occur if the storm is weaker, a solution that has been portrayed by the GFS.
3. Where the rain snow line will be located. It could range anywhere from the Lake Sunapee region all the way down to Metro Boston. The farther south the line, the stronger and colder the storm is.

There is still plenty to sort out in the coming days. It could be a whiff or ski country could jackpot. We will know in the coming days. Despite all of this uncertainty another cold blast will follow for next weekend, giving great snowmaking weather for all (that is if the wind cooperates).

I don't know about you, but I'm getting vibes that this will be similar to last December's storm. (Euclid)

A whiff seems unlikely, and I think that anywhere north and west of 495 will get at least their 1st "plowable" snow of the year

This sums up the situation well

Similar predictions today, but the storm is looking alittle warmer and looks to be tracking more west than anticipated. Most likely going to shoot right up the Canal.

West and warm is good for ski country just not to warm. This could be a decent snow event if the timing is right.

Sent from my SCH-I545 using Tapatalk

Wow, I'm surprised people aren't interested in this storm. This could be a great way to kick off the winter and could help build snowpack early. 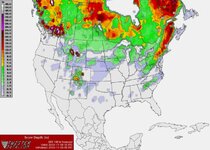 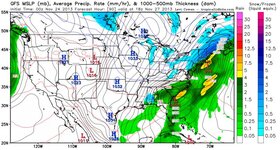 GFS FOR THE WIN! 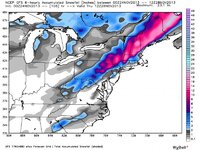 
As exciting as this looks, the NAM has to rain on our parade, literally 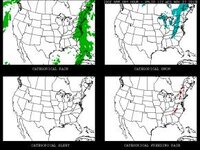 Boston Bulldog said:
Wow, I'm surprised people aren't interested in this storm. This could be a great way to kick off the winter and could help build snowpack early.
Click to expand...

I'm sure EVERYONE is interested! I, for one, have nothing meaningful to contribute, but believe me, I'm lurking... And hoping! What a great way to kick start the season.

I'm not happy with what I read in the NWS forecast discussion for SoVT. I hope things change in the next few days.

Hope I'm wrong but the trend is not our friend for this one.

Yep, looks like we're about to get torched. Fortunately this is November and not January or else there would be some serious problems


Sent from my iPhone

Whatever temps from communities come in, temps up on the mountains should be good enough to produce snow from any of this. At least up in Maine they've dropped, even in Bangor, to the 30s which is always good enough for the mountains....
Except Wednesday, Downtown Kingfield's highs are in the 20s...

Vermont and NH should get a few inches on the backside of the system once the center passes through Maine. Greens and Whites should get good upslope snow in the wake of the storm per-usual

I'm not getting my hopes up unless tonight's 0z run keeps the idea brewing, but if it's consistent Jay Peak could get a good foot or so from this.

Makes me wonder how many trails an 12 additional inches at Jay could mean for trail count on Black Friday? They've already been pounded pretty good and it's not even Thanksgiving yet.
A

I sure hope so! Pretty Please!!!
You must log in or register to reply here.

Anyone going out into the storm tomorrow?
2